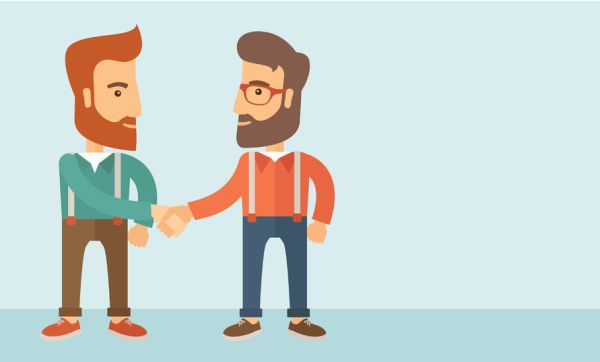 Statistics back this observation. The 2017 Civility in America survey—an annual study conducted by Weber Shandwick, Powell Tate and KRC Research—found that 69 percent of respondents believe the United States has a major civility problem. Seventy-five percent believe incivility has risen to “crisis levels,” and 73 percent feel the U.S. is losing stature as a “civil” nation.

As you might imagine, dysfunctional discourse, bullying and rampant disrespect corrode the American workplace, taking a toll on already weary workers. Gallup’s employee engagement data reveal that only 35 percent of U.S. workers are actively engaged at work. Another study found that a mere 21 percent of employees feel “strongly valued at work.”

Disrespect and incivility erode trust, performance and problem-solving in organizations every day, but all is not lost. Here are three steps any company can take to create purposeful, positive, productive work cultures:

Values shouldn’t be vague or abstract. Make them observable, tangible and measurable by defining values in behavioral terms. That makes the desired behavior a measurable expectation.

Let’s take “respect” as an example. A client of mine defined his company’s “respect” value as “appreciating the worth of others and treating everyone with courtesy and kindness.” That’s a great definition, but it’s not in an observable form.

My client’s company refined its value of “respect” to encapsulate three valued behaviors:

These behaviors—along with the desired behaviors from their other five values—make it clear what the minimum standards of citizenship are in the organization.

Their work isn’t done quite yet, however.

Senior leaders must model and demonstrate these valued behaviors in every interaction.

Simply defining valued behaviors—and marketing them like crazy—does nothing more than increase awareness. The only way to build credibility for these valued behaviors is for company leaders to exemplify them.

This isn’t easy, but it’s required. If leaders flout the rules, do you expect workers to buy in?

The scrutiny is severe whenever new behavioral expectations are unveiled. The standards of interactions vastly increase—as they should. So, building credibility will take time—often five months or more. However, it’s time well spent. You’re changing the dynamics of workplace relationships for the better.

3. Hold everyone accountable to the rules.

The coaching, praising and redirecting form the foundation of holding others accountable. (These same practices work for managing performance expectations, too.)

A vital part of step three is creating a companywide values survey, which should be taken by all employees every six months. This survey becomes your “values dashboard” that regularly measures how well leaders are modeling the company’s valued behaviors.

With every run of your custom values survey, leaders and managers get a clear idea about their strengths and weaknesses. Leaders should be praised for aligned behaviors and coached on misaligned behaviors.

An alternative is conducting “pulse surveys” with one question of every employee asked each week, rather than three dozen questions asked every six months. It’s up to you. The important thing is that you have a mechanism that continually holds everyone accountable.

These steps apply, regardless of your company size or type. You can expect a significant boost in employee engagement, customer service—and even profits—within 18 months of implementing these three rules. However, it’s all for naught if leaders and managers fail to model the values they’re trying to promote.

Whatever you do, don’t leave the quality of your company culture to chance. Make civility and respect a hallmark of every daily workplace interaction—by changing the rules, living the rules and holding people accountable to the rules.

S. Chris Edmonds is CEO of The Purposeful Culture Group.