While pursuing her degree at the University of San Francisco, Ishtar Schneider interned as part of a study-abroad program with Edelman in Australia. She was so taken with Australia (and Sydney) that when she graduated, she relocated and began her career with Palin Communications, a health care PR agency. Among Schneider’s many projects was her work for Mars Petcare, aimed at making Australia more pet-friendly. As if moving to another continent and taking on a new job isn’t enough, Schneider is also chair of a key industry body in the Public Relations Society of Australia’s Emerging Practices Group. In addition, she developed Australia’s first-ever online Certificate in Healthcare PR course. 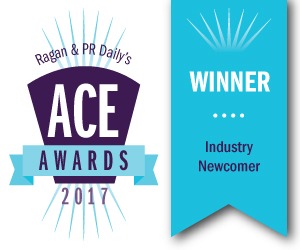