Mark Miller was introduced to policy communication while working at the National Governors Association, where he was inspired to join Governor Bill Clinton’s presidential campaign. After serving in senior communications positions at the White House and the Corporation for National Service during the Clinton Administration, Miller made his mark in other mission-driven organizations, including a stint as the Case Foundation’s first vice president of communication and a leadership role at Children’s National Health System—all of which led him to his current position at the de Beaumont Foundation, a private charitable organization focused on public health. Miller joined the Foundation as its first vice president of communication, and within his first year he set and achieved the goals of building the Foundation’s visibility, reach and influence; creating consistent and impactful messaging for staff, board, partners and external communications; and updating the Foundation’s positioning to improve its relevance for a wider audience. His digital strategies and content planning more than doubled the Foundation’s web traffic and social media engagement, which continue to grow. Not content to produce stellar results for his employer, Miller is also a founding board member and communications director for the American Special Hockey Association and served as a state advocacy coordinator for Autism Speaks, among other volunteer activities. 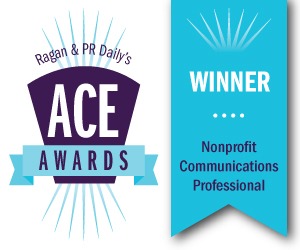