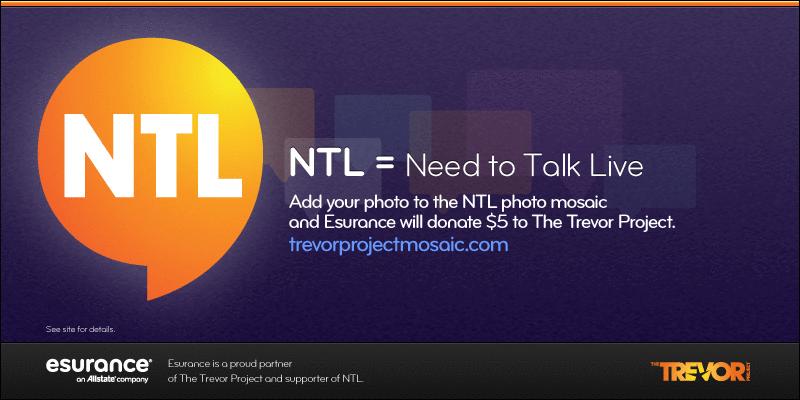 Insurance is designed to give people a sense of safety and security. Esurance, an Allstate company that provides auto coverage to consumers across the country, takes that one step further with its support of The Trevor Project, a suicide prevention lifeline for young people in the LGBTQ (Lesbian/Gay/Bisexual/Transgender/Questioning) community.

Esurance’s online campaigns in support of The Trevor Project have resulted in a $100,000 contribution to the nonprofit group—and also won the company first place in the Best Cause Branding category of PR Daily’s 2012 Corporate Social Responsibility Awards.

The Trevor Project was founded in 1998 by three filmmakers: James Lecesne, Peggy Rajski, and Randy Stone, the creators of the short film “Trevor” (winner of the 1994 Academy Award® for Best Live Action Short Film, and numerous other awards).

With over 600 active volunteers and 200+ counselors, the organization’s vision looks to “A future where the possibilities, opportunities and dreams are the same for all youth, regardless of sexual orientation or gender identity.” Since its inception, the lifeline has fielded over 200,000 calls from youths around the nation.

A sponsor of gay pride events across the country since the early 2000s, Esurance wanted its outreach to go beyond booths and banners, checks and corporate logos. It selected The Trevor Project because of its reputation as a leader and innovator in suicide prevention for youth.

In the summer of 2011, Esurance pledged to give The Trevor Project $10 for every “like” Esurance received on its Facebook page. The insurance company created a “Like Gate” on Facebook—a page that Facebook users must “like” before they can see further. A meter on the page counted how close the campaign was to its $50,000 goal.

As an added incentive, visitors to Esurance’s Facebook page could enter a sweepstakes for a weekend in Hollywood, with a chance to win $2,000 in cash along with two tickets to Trevor Live in Los Angeles, an evening of comedy and music that helps raise money and awareness for The Trevor Project.

The online campaign was promoted with news releases, shared efforts on Facebook and Twitter, and online and print advertising in LGBTQ outlets like Instinct Magazine. During National LGBT Pride Month, Esurance also had a presence at several Pride events across the country including San Francisco Pride, Seattle Pride, Los Angeles Pride, Philadelphia Pride, and GayDays Orlando.

The 2011 campaign reached its $50,000 goal in two weeks. A record-breaking number of 3,459 new friends joined Esurance’s Facebook page only three days after launch. By the end of the campaign, the company had gained over 6,500 new fans.

The success of that campaign inspired Esurance to support a new project in 2012: the Need to Talk Live campaign. When someone is having a rough day and needs real-time support from a friend, he or she can message “NTL,” and the friend will know to call or make a face-to-face visit right away.

For this campaign, Esurance created a Facebook application that allowed users to easily upload their profile photos into an online mosaic to show their support of The Trevor Project. Again, the company offered to donate $10 for each uploaded photo.

The 2012 effort reached its target of raising $50,000 in eight weeks, with supporters uploading nearly 6,000 photos to the mosaic. In addition, more than 27,000 visitors have viewed the mosaic and read the messages of support that Esurance invited participants to leave for those feeling alone or ostracized.

The two campaigns represent a total of $100,000 donated to a lifesaving cause: helping youth victimized by bias. 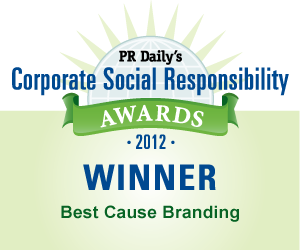