Things are difficult in Korea for married women who want to work. A significant portion of married women age 15-54 remain on a career break as a result of marriage, child care and other family-related issues. SAP’s commitment to easing the path back to work for these women has earned it and its partner Weber Shandwick first place in the “Media or PR Campaign” of PR Daily’s 2017 Corporate Social Responsibility Awards.

The SAP program, “Back-to-Work,” offers women the opportunity to register for six-month work projects in a number of countries. SAP chose Korea as the first country for “Back-to-Work” in its Asia Pacific Japan region.

Three months before the launch event, the SAP team began positioning the program and identifying partners and participants. The campaign brought together employees, journalists, government, influencers, Korean employers and women on a career break.

The launch event was livestreamed on Facebook, with real-time conversation occurring on Kakao Talk, a messaging app popular in Korea. It included a panel featuring an SAP executive, professional women, a woman on career break and one who had successfully re-entered the workforce after her break.

The event generated considerable media coverage. SAP followed that up with coverage of various project milestones. SAP itself has hired more than 10 women through the initiative. 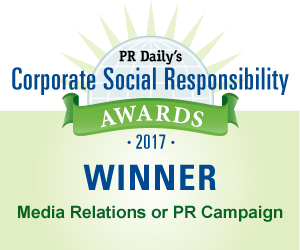