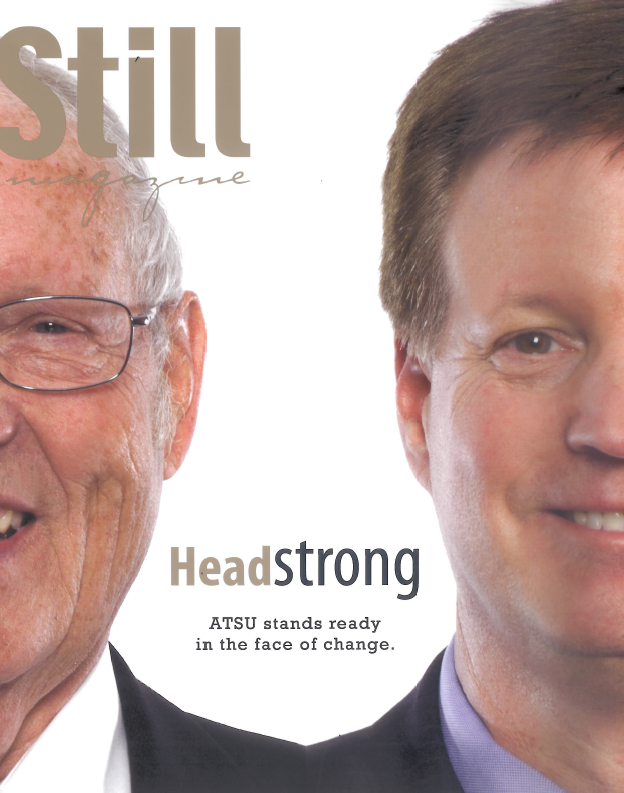 Still Magazine from A.T. Still University of Health Sciences is the winner of the Best Cover Lines category in Ragan’s Health Care PR and Marketing Awards for 2012.

All it took was one word—“Headstrong”—to grab our judges’ attention in this category. The impact wasn’t just in the word, but in how powerfully text and images were integrated on this magazine cover. The word was juxtaposed between headshots—one of the left half of the retiree’s head, the other of the right half of the incoming president’s head—and placed above the rest of the cover line, “ATSU stands ready in the face of change.”

In their synopsis of the entry, the entrants said they wanted to “demonstrate the dynamic relationship” between the two men and reassure the university community during this time of change, as well as to give one president a “beloved farewell” and the other a “warm welcome.”

As team members brainstormed for the issue, they sought to produce a cover that was “bold and different.” They wanted a “strong, clear headline.”

In a category where clichés seem to be more predominant than creativity and original thinking, we found hope in this entry that when called upon, communicators can still craft cover lines that capture their readers’ attention. 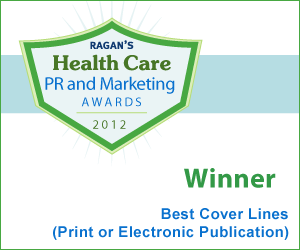