Klick Health’s virtual reality video isn’t just the latest shiny object in a sea of trendy new techniques. It’s based on genuine goals and does an extraordinary job of meeting those goals—so much so that it’s won first place for “Best Use of Video” in Ragan’s 2016 Health Care PR and Marketing Awards.

The video takes viewers inside the colon to see up close the causes of Ulcerative Colitis and Crohn’s Disease. If you’ve ever seen the movie “Fantastic Voyage,” you have a pretty good idea of what the experience is like. Users have control of the video, aiming a cursor at icons in order to make choices about what they saw and when they moved deeper into the colon.

It was all designed to grab the attention of healthcare providers attending the 2015 American College of Gastroenterology Annual Meeting and the Advances in Inflammatory Bowel Disease conference, where the offerings in booths usually inspire a short perusal and then a quick departure for the next booth. Using Oculus Rift headsets, doctors and other healthcare providers were transported into the colon, a unique experience for them.

The journey answers common questions and addresses many misperceptions. Many of those who experienced the VR journey asked to see it again. It became so popular that a Google Cardboard version was created for download from the Google Play Store. 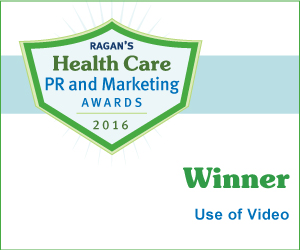