For Genentech’s 40th anniversary, communicators recognized an opportunity to tell 40 great stories and to use an inventive array of formats to tell them. Their efforts have earned Genentech first place in the “Content Marketing and Brand Journalism” category of Ragan’s 2017 Health Care PR & Marketing Awards.

Unified on a digital hub on Genentech’s Gene.com website, the content was shared across multiple channels, including an e-newsletter. The stories, crowdsourced from employees, alumni and leadership, were produced as comics, podcasts (and other audio), 360 video and virtual reality, in addition to more traditional formats.

Each story in the series was viewed more than 8,800 times, about 50 percent more than the top 50 stories published on Gene.com in 2015. Visitors didn’t just hit and run; they spent an average of about a minute and a half on each story, and most people viewed two or more.

Promoting the series on Twitter alone led to 135 newsletter signups and a healthy number of new followers. Via social media channels, the series was shared more than 63,000 times.

Along with the numbers, what’s most impressive is the Genentech team’s savvy repurposing of content: The digital hub contained story “tiles” that showcased images, video content and quotes that lured visitors into the main story. The story themes resonated as well.

Congratulations to the team at Genentech for a compelling approach to its milestone anniversary. 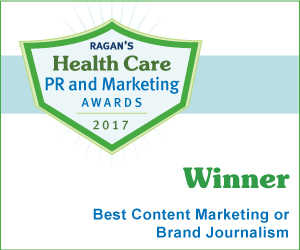