McLean Hospital used a public space as the primary venue for its approach to mental health—a 235-foot gallery that connects Terminals B and C at Boston’s Logan Airport. This unique tactic has won McLean Hospital first place for “Campaign of the Year” in Ragan’s 2017 Health Care & PR Marketing Awards.

Forty poster-size pieces of art were installed in the space, inspired by a similar display at Alcatraz Island National Park. Each large poster featured a photo of someone affected by mental illness, including some celebrities, along with factoids about mental health.

An event introduced the installation, with coverage running in top-tier outlets like The New York Times and The Boston Globe for a full week after. The Huffington Post gave McLean its own blog to feature posts for each of the subjects; those stories also appeared on a website dedicated to the campaign, “Deconstructing Stigma: A Change in Thought Can Change a Life.”

The messages conveyed by these images and narratives capture the complexity of mental illness and its impact on the millions of Americans who suffer from it each year.

The shared experience led to many onsite conversations, not to mention 3 million social media engagements. News coverage was also considerable. A companion book has sold out and is in a second printing.

McLean Hospital is negotiating similar exhibits in three other airports and two universities; it has also created a portable exhibit that will visit 11 conferences. 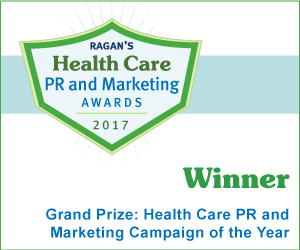