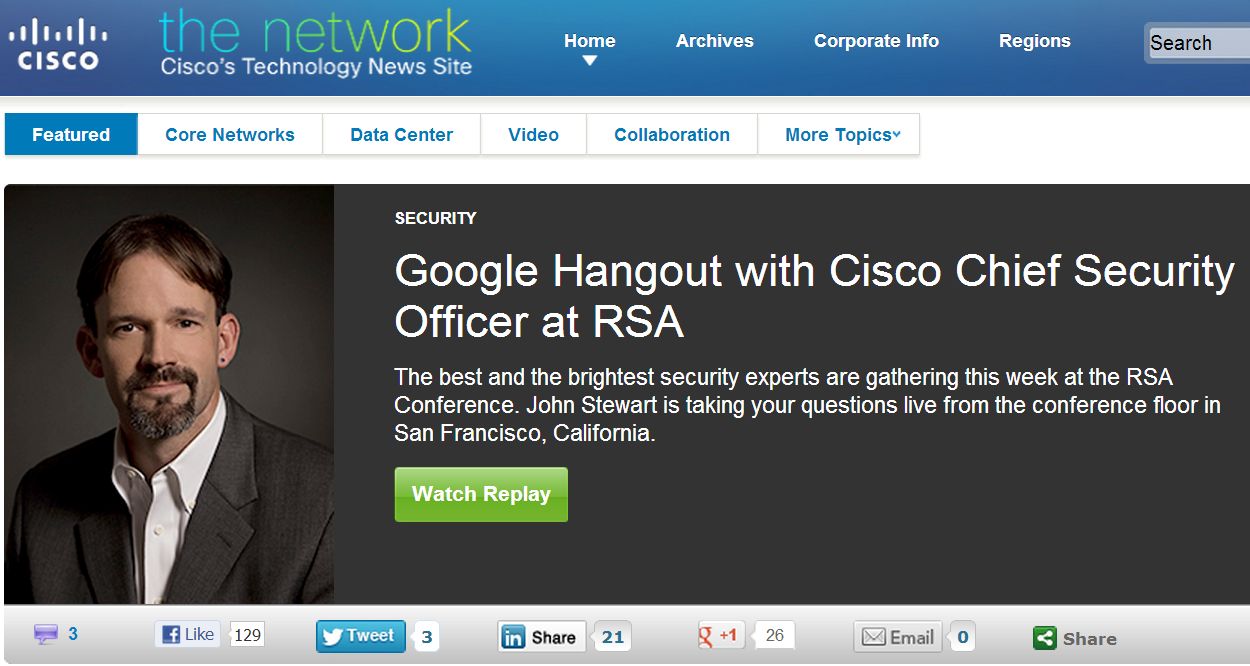 It wasn’t long ago that major newspapers were lucky to have even one computer to share amongst their entire departments of deadline-driven journalists and staffers.

Today, they each practically have their own networks.

Clearly, the face of traditional media is changing, and with it, so is our digital landscape. As pay walls and content that’s fully tailored for Internet consumption increasingly proliferate on the Web, media organizations are being presented with the vital option to either adapt or risk being swallowed entirely amid the dynamic shift.

Developing a viable online newsroom is just one of the pre-eminent ways corporations hope to make this digital transition, helping save both time and money in the process.

Whereas available checklists can help steer a company in the right direction as it gets started, Cisco Systems Inc. is choosing to lead by example.

With “The Network,” the multinational corporation that designs and sells networking, voice, and communications technology and services has remained on the pulse of its industry not by simply resting on its reputation as a leader of its field, but by making sure that others in the same field are fully aware of its corporate happenings.

In a story on Ragan.com, Cisco’s resident “tech nowist” and public speaker Carlos Dominguez said, “For the first time in the history of mankind, every business, government, and organization is being rebooted.”

This includes Cisco itself, which in 2011 recruited journalists and media contributors to revamp its newsroom entirely.

However, more than being just another corporate website focused only on news about itself, Cisco’s newsroom strategy was and continues to be reporting on topics and trends that interest a wider audience, an approach that exemplifies the practice of brand journalism.

Coupled with its “Take, Share, Engage” campaign that encouraged readers to share content from “The Network” on their own blogs, Cisco’s newsroom tactics have ensured the highest level of interaction and virility.

And it is this same virility that explains the newsroom’s warm reception. Within the first week of its launch, Cisco’s landing page for “The Network” received 90,000 visits from 189 different countries.

Its reception in the press was even greater. “The Network” received mentions and accolades from such respected sources as Social Media Today, PRWeek, ZDnet, Brian Solis, and Splash Media. The popular podcast “For Immediate Release” even highlighted “The Network” for its ingenuity in being a corporate newsroom of the future.

We surely see why and would like to pass on our own accolades to Cisco. That’s why we’ve chosen “The Network” as our selection for Best Online Newsroom in PR Daily’s 2012 Media Relations Awards. Congratulations. 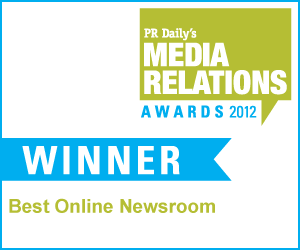