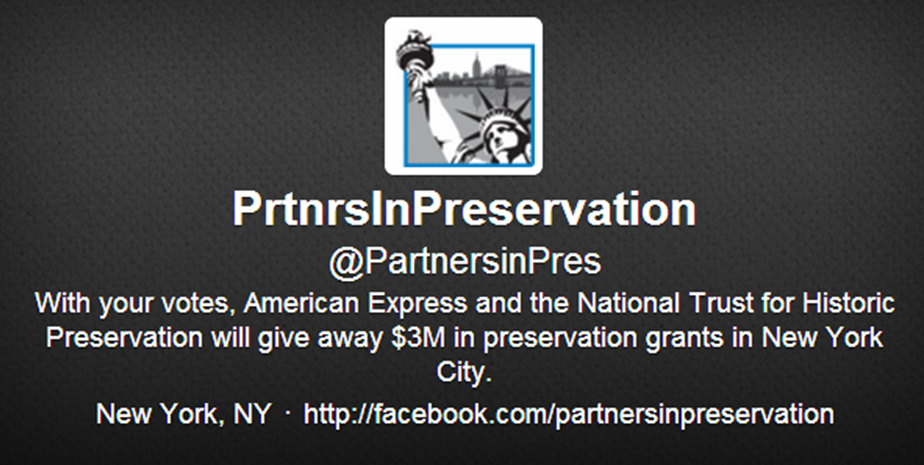 Using social media, traditional media, and a passion for preservation, the Partners in Preservation program and M Booth created an impressive campaign that won them top honors in the Best Use of Social Media category of PR Daily’s 2012 Media Relations Awards.

The Partners in Preservation program of the American Express Foundation and the Natural Trust for Historic Preservation is no stranger to working with the public to increase advocacy for preservation. In order to engage a younger demographic and increase participation, the program team knew it was necessary to supplement traditional efforts. With the help of M Booth, team members went to work creating a social media campaign to foster preservation efforts in New York City.

The program involved a number of cities across America. People were to vote for their favorite historical sites in each “market.” Every site received a grant, but the places with the most votes won the top honor of 100 percent funding for a preservation project.

The campaign began with a “community rally” during which photos and special event information were used to amplify social media efforts. Additionally, the team used:

The campaign organizers hosted an open house weekend at the 40 sites and shared photos and messages across social networks, again, tying more traditional efforts to social media. The team supported these efforts with news releases, announcements, and a “preservationist community” rally to open voting at The Metropolitan Museum of Art where they brought bloggers, the sites, and media together. The kickoff spurred a Twitter hashtag, #PreserveNYC.

The results were impressive:

Hundreds of thousands of New Yorkers voted. The campaign’s efforts resulted in half a million new advocates for New York’s preservation, and 40 historic sites received grants, three of which received complete funding for projects. 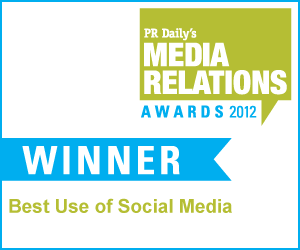