Explore Mars, a nonprofit organization, is focused on sending humans to Mars within the next 20 years. Phillips & Company, a global communications firm, was hired to help spread this nonprofit’s message.

The “Get Curious” campaign began “as a way to raise awareness for the landing of NASA’s Mars Science Laboratory (MSL) rover, Curiosity, on Mars through media relations, guerilla marketing, social media, website optimization and promotion, and relationships,” according to the entry.

PR Daily’s 2012 Media Relations Award for Best Website goes to Phillips & Company—not only for the way it designed the website, but for all the clever ways it encouraged people to view it.

To bring attention to the interactive website, Phillips & Company pitched media outlets nationwide, hosted Curiosity “landing parties” throughout the U.S., and put eight “Mars” rocks in eight cities. Social media also played a part in promoting the website, and there was a flurry of activity on Explore Mars’ Facebook, Twitter, YouTube, and Google+ accounts.

Highlights from the website included mission updates, exploration history, news coverage, featured videos, and photo galleries. The “Curiosity Kids” section is filled with games for students and teachers. From July 23, 2012, to Aug. 8, 2012, the website received more than 180,000 site views and garnered more than 4,000 likes on Facebook. GetCurious.com had more than 700 direct tweets and more than 300 +1’s on Google+.

Congratulations to Phillips & Company for launching a creative website and promoting it in a fun way. 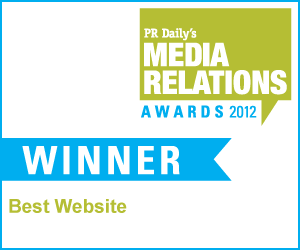