Financing a startup business is a challenge for most entrepreneurs, but Guidant Financial CEO David Nilssen offered an innovative solution: retirement funds. To get the word out, Hollywood Public Relations (a boutique agency servicing a consumer packaged goods and services clientele) designed a strategy for positioning Nilssen as a thought leader in the small business financing space.

Hollywood Public Relations began with an awareness campaign to educate national finance and business reporters about the largely unknown option of using retirement funds to start a business. Sound risky? Hollywood PR’s task—and Nilssen’s—was to convince would-be entrepreneurs that the technique could be safer than seeking traditional financing.

The Business Finance story featuring Nilssen (Feb. 20, 2013) was just one result of Hollywood PR’s efforts. After persistent follow-up to the awareness campaign, requests for interviews with Nilssen started coming quickly, generating 30-40 phone interviews over a period of seven months.

Nilssen was quoted in such influential publications as The Wall Street Journal, Kiplinger’s Personal Finance, Newsday, and more—leading to more than 88 million secured media impressions. Ultimately the Guidant CEO earned a reputation of being a key figure to talk to about this financing method.

As an added bonus, the Hollywood Public Relations team secured a Yahoo Small Business story that was placed on Yahoo’s home page over a weekend, resulting in an overflow of inbound sales calls to the company. According to Guidant, the sales resulting from that single piece of coverage fully covered its annual PR investment.

Darlene Hollywood and Brooks Wallace of Hollywood Public Relations will probably see their visibility increase as well. Congratulations to them both and the entire Hollywood team. 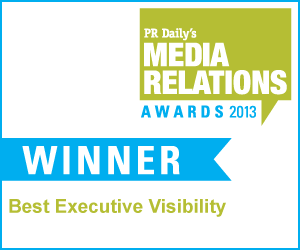