A father tells of a son who was playing basketball one day, and dead of a drug overdose the next morning.

A mother describes how her son overdosed on Oxycontin and is now confined to a wheelchair, unable to walk or speak.

Both of these stories are part of a content-rich press kit from PadillaCRT for its campaign on behalf of The Partnership at Drugfree.org, winning the organizations top honors in the Best Press Kit category of PR Daily’s 2013 Media Relations Awards.

The Medicine Abuse Project campaign’s goal is “preventing half a million teens from abusing medicine by 2017.”

PadillaCRT provided a varied press kit that contained written, visual, and other supporting material about the campaign. Hosted on the Web, it was distributed to 50 top-tier media outlets in a box that said on the outside, “What’s inside this box may prevent a half million teens from abusing medicine.”

Contents included a prescription drug bag, an orange bottle with a label featuring a personal story, a pill-shaped USB with logo, and a wealth of information that included fact sheets and research findings. Also available were videos, TV public service announcements, and B-roll.

All this was supported by events that gave media a peg to hang the stories on.

The campaign was boosted on social media with the help of influencers such as Dr. Oz, Larry King, Maria Shriver, and the U.S. Justice Department. All this boosted an attempt to get people to sign pledges to take action—and more than 5,000 did so.

With luck, the campaign will make a difference in the lives of teens—and their loved ones. 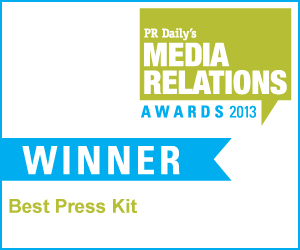