In 2010, Ireland was forced to stave off collapse by accepting on harsh terms a 67.5 billion-Euro loan from its Eurozone partners: In the next 3 years, spending by the Irish government declined by 15 %.

The Industrial Development Authority of Ireland (IDA) and its PR agency, PadillaCRT, fought back in a years-long campaign. Determined to build on the economic “miracle” of the two decades before the 2008 depression, IDA and Padilla planned for 2013-14 a non-traditional media blitz featuring Barry O’Leary, CEO of IDA.

For this campaign, IDA and PadillaCRT have won the “Best Governmental/Public Affairs” category of PRDaily.com’s 2014 Media Relations Awards.

Their impressive results:
• Ireland was the 1st country in Europe to exit the Eurozone bailout program in Dec. 2013
• IDA in 2013 kept its Foreign Direct Investment (FDI) up to 2011-2012 l levels, even though international trade went through a recession in 2013
• IDA Ireland set a record by attracting 164 new investment projects in 2013
• 59 companies already invested in Ireland expanded their Irish facilities in 2013
• For Irish investing, a big positive swing in media publicity from the previous 3 years
• IDA execs wrote more than a dozen articles in top trade pubs: Industrial Engineering, Business Pansion Magazine, PharmaTech, and a regular column in the Huff Post 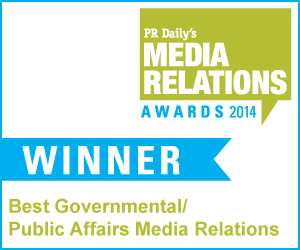