It’s a simple idea: A Candlewood Suites guest wants to grill hamburgers in his room while he and a couple of guys he met on assignment in his client’s office watch football, but he doesn’t have his George Foreman grill with him. It’s at home in California, 1,000 miles away.

What to do? InterContinental Hotels Group and its Candlewood Suites answered that by setting up “Lending Locker.” The guest’s Candlewood hotel lends him the grill from its on-premises storeroom of common household items: slow cookers, small hand tools, toaster ovens, waffle irons, blenders, games, and more.

Who knew extended-stay hotels would ever get talked about nationally? For this improbable feat, IHG’s Candlewood Suites wins the Grand Prize: Media Relations Campaign of the Year, Under $10,000 category in PR Daily’s 2014 Media Relations Awards.

Candlewood’s guest research uncovered substantial unexpected benefits:
• Guests admitted that the ability to borrow the comforts of home would influence them to book a stay at Candlewood rather than at a competitor.
• Lending Locker made Candlewood even more home-like.
• Lending Locker brought each Candlewood hotel a stronger sense of community, and increased interaction between hotel team members and guests.
• Competitors have nothing like Lending Locker—it’s a true signature feature.

Lending Locker was a boon to Candlewood Suites. Extended-stay hotels struggle with low awareness and understanding by consumers. Profit margins are by no means fat, so the PR budget is slender. Considerations like these influenced Candlewood’s Lending Locker PR goals:
• Get coverage of the Lending Locker idea among trade and consumer media.
• Show Candlewood’s reliance on the honor system for Lending Locker borrowers.
• Gain three hospitality trade media placements (in addition to PR Newswire).
• Garner one top-tier consumer business or travel placement. 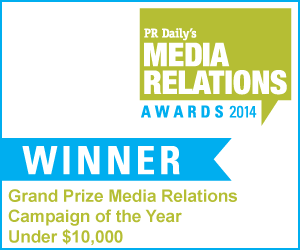