Open benefits enrollment happens around the same time of year for the vast majority of organizations (November), during which employees are tasked with making decisions about their and their families’ benefits for the coming year. For years, Aflac has conducted an open enrollment survey to provide data and insights on improving and maximizing the benefits enrollment experience. How Aflac pitched the survey—especially in the face of increased competition for attention during open enrollment period—has earned first place in the “Announcement Pitch” category of PR Daily’s Media Relations Awards.

Promoting the survey would position Aflac as a thought leader and expand awareness of how important open enrollment is by engaging consumers in conversations about benefits. The pitch included unique story angles derived from quirky statistics and storylines. For example, one survey question asked consumers what undesirable activities they would rather perform than researching their open enrollment benefits options (like three hours of hot yoga or cleaning up dog poop).

The survey also delivered some serious results, such as a significant increase in job satisfaction and a strong tendency to choose the same benefits year after year. The team issued a press release, but it understood that a blanket pitch wouldn’t appeal to most reporters, leading them to craft additional pitches to enhance follow-up efforts.

Congratulations to Aflac, which has won this honor for the second consecutive year. 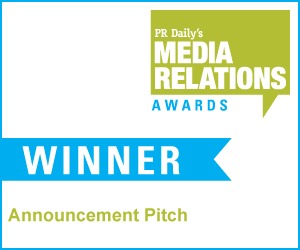