Florida’s constitution requires that a Constitution Revision Commission convene every 20 years to review and revise the state’s charter document. The Florida Bar was concerned that the 2018 gathering could lead to proposals that would shift power away from the judicial branch to political branches. To safeguard the judiciary’s role, The Florida Bar engaged Sachs Media Group to create a public awareness initiative that would inform voters of the process while educating them about the threat to the state’s judicial system. The campaign has won first prize in the “Integrated Marketing Communications Campaign” category of PR Daily’s Media Relations Awards.

The campaign sought to educate and prepare the public, answer key questions and increase voter engagement; it also aimed to enlist Florida Bar members as messengers who would motivate key audiences to pay attention to proposals emerging from the session.

Research came first in the process, with a survey of Bar members and another of voters that tested messaging. The research led to the campaign theme: “Protect Florida Democracy: Our Constitution. Our Rights. Our Courts.”

The campaign kicked off with a press conference. Although it had to be rescheduled at the last minute due to the threat of Hurricane Irma, it still achieved its objectives. The campaign also employed a website, a John Oliver-esque video that employed humor to explain the issue and digital advertising. The team also bought display, social media and search ads.

A radio media tour produced excellent results, and a speakers bureau resulted in 88 speaking engagements. Op-eds were placed in key media, and the campaign distributed a guide for Florida voters to public libraries and civic groups; some lawmakers delivered them to constituents. Bar members participated in outreach efforts.

This integrated campaign led to nearly 1.3 million registered voters becoming aware of the session, which resulted in no amendments posing a threat to the judicial branch.

Congratulations to The Florida Bar and Sachs Media Group. 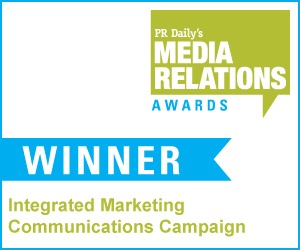