Emirates is one of the most luxurious airline brands. Its exceptional customer service differentiates it from its competitors in the Chilean market, which Emirates was entering for the first time. With only a month before the first Emirates plane was scheduled to touch down in Santiago de Chile, MG Consultants was hired to generate brand awareness, enhancing the airline’s reputation for delivering the “Emirates experience.” The campaign has earned first place in the “New Product or Service Launch” category of PR Daily’s Media Relations Awards.

Goals included differentiating the airline from its competitors, increasing brand presence in target media to make it top-of-mind for consumers and cementing the perception that it was a trendy and fashionable alternative to distant travel destinations.

The team took four approaches, beginning with the landing of the first Emirates plane in Chile, a story offered exclusively to CNN Chile. This was a more challenging activity than it sounds, requiring approval from multiple organizations. The second strategy had MG targeting a select group of reporters from other media outlets to follow CNN’s report with a trip to Dubai, a feat that required tickets, passports, schedules and hotels arranged for each journalist making the journey. A press conference on the morning after the trip was the third element of the campaign, which was followed by a gala featuring eight celebrities with luxury-related profiles.

The campaign produced 186 articles in the news media and another 35 published by influencers, reaching nearly 44 million people. Journalists participating in the coverage also shared their experiences on Instagram and other social media, further expanding the campaign’s reach.

Congratulations to the six MG staff members who flawlessly executed this impressive campaign. 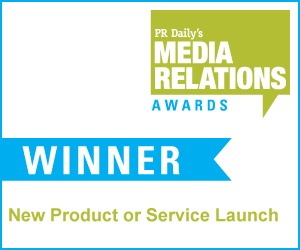