Mission Foods had been enjoying success in Malaysia, but it was ready to penetrate the consumer mass market there, where people typically prefer rice, noodles and bread for their staples. Knowing these preferences, the company’s agency, Truth Communications, set a goal of demonstrating Mission Foods’ compatibility with Malaysian flavors. The strategy the team employed has earned first place in the “Use of a Celebrity or Personality” category of PR Daily’s Media Relations Awards.

The first step toward fulfilling this objective was collaborating with a brand Malaysians know—Emborg—whose products would supplement the tastes of Mission Foods’ products. This unusual partnership of two brands from different companies in a single campaign was bolstered with by the presence of Chef Wan, one of Malaysia’s first and most famous celebrity chefs.

One final element was the plan to launch the campaign at the beginning of Ramadan, when interest in food was at its peak as consumers sought ideas for meals to be shared with friends and family.

The #PerfectTogether campaign, subtitled “Ramadan Raya with Chef Wan,” began with a prelaunch effort to develop 10 recipes with Chef Wan serving as the campaign centerpiece. Wan appeared at a launch event as special guest chef, demonstrating some of the recipes. Ten recipe videos, hosted by Wan, were posted on both Mission Foods’ and Emborg’s social media platforms. The Truth team also encouraged key influencers to attend the event and then recreate the recipes (and, of course, share the process with their followers). 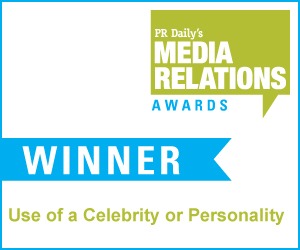