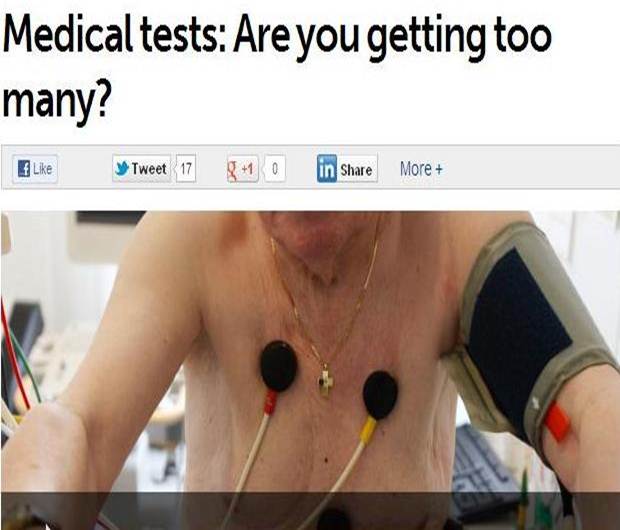 The money wasted on unnecessary tests, examinations, X-rays, MRIs, CT scans, and lab procedures in the U.S. each year amounts to $700 billion, or as much as 30 percent of the $2.3 trillion we spend on health care, experts say.

The main culprit is the patient, primed by fear and armed with a superficial knowledge of diseases he or she may have read about in a transit ad. The patient, imagining the worst, demands expensive tests and screenings. But physicians share the blame, too.

In early 2011, the American College of Physicians (ACP) began its assault on runaway medical costs with its “High Value, Cost-Conscious Care” initiative. And the ACP’s public relations department provided the publicity firepower for this much-imitated campaign.

For recognizing the vital stakes in this fight, for bringing the nation the message that we cannot continue to spend recklessly for medical care of little or no value, and for identifying the ways this recklessness threatens the practice of medicine itself, the American College of Physicians public relations department is the winner of the Best Media Relations Campaign category in PR Daily’s Digital PR & Social Media Awards.

Here is what ACP PR department team members accomplished in 2011 and 2012:

• From Jan. 1, 2011, to June 14, 2012, they exposed more than 236 million readers and viewers to the ideas and arguments in the ACP’s “High Value, Cost-Conscious Care” case.
• They held two press conferences in 2012 about the “High Value, Cost-Conscious Care” and “Choosing Wisely” initiatives with Consumer Reports and the American Board of Internal Medicine Foundation.
• They submitted op-eds and letters to the editor, produced audio and matte news releases, and engaged on social media to promote awareness of high-cost, valueless testing.
• They appealed to readers of the most influential publications: The New York Times, The Huffington Post, The Wall Street Journal, USA Today, Newsweek, AARP Bulletin, and NPR, among others.
• In the aftermath of the campaign’s success, they fielded requests for collaboration from the American Board of Internal Medicine and Consumer Reports, revving up the media blitz significantly.
• They established the ACP as a national thought leader on the vitally important subject of out-of-control health care costs.
• Eight other big national medical specialty groups followed the ACP’s decision to publicize wasteful spending for five commonly prescribed tests and procedures, resulting in a list of 45 procedures marked for drastic reductions in orders for tests written by MDs.
• Most important, the ACP campaign collated, for perhaps the first time, the little-known causes of the explosive growth of high-cost, valueless tests:

1. Demands by uninformed patients for exhaustive testing.
2. Physicians’ fear of legal vulnerability if they don’t test, even for good reasons.
3. Medical school faculties grading aspiring doctors down for not ordering tests.
4. Physicians’ professional ethics: Leave no stone unturned.
5. Doctors not knowing or caring how much expensive procedures cost.
6. The likely resistance of patient advocacy groups to clinical recommendations that could be seen as limiting or denying standard care.
7. The fact that excessive tests often reveal other seeming abnormalities that require yet more testing.
8. Proliferating tests doing real damage to the health of patients, thus adding untold costs to the national health care burden.
9. The ambiguity of “evidence” on X-ray film, for instance: Tests sometimes aren’t very good at explaining the reason for illness and pain, and this means retesting, or trying an alternative—and more expense.

Congratulations to the team members of the American College of Physicians public relations department who collaborated on the winning work: Allison Ewing, Steve Majewski, and Laura Baldwing. 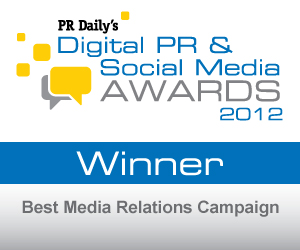