Coca-Cola’s Journey website was introduced when the notion of “brand journalism” was still emerging, but it was an immediate hit. Journey enabled Coca-Cola to move away from traditional methods of announcing news and building the brand, opting instead to tell stories with words, pictures and videos on a dedicated site that is compelling and content-focused. For those feats it’s won first place in the “Content Marketing” category of PR Daily’s 2017 Digital PR & Social Media Awards.

On April 11, 2016, to cite one example, Coca-Cola announced its new parental leave policy on Journey with three separate articles. One explained the new policy’s origins in the organization’s Millennial Voices, a group of young employees who serve as a kickstarter for change to ensure the organization is able to attract and retain younger workers.

The second item was a guest post by a former U.S. Ambassador for Global Women’s Issues discussing how parental leave is a prerequisite for empowering women in the workplace. The third item, also a guest post, was by the president of the Human Rights Council, lauding Coca-Cola for including LGBTQ families in its parental leave policy.

The coordinated approach is typical of Journey, which is run by an editor in chief and includes a small staff of journalists and a broad network of contributors from throughout the organization. Coca-Cola hosts 35 international editions of Journey, which also offers the Unbottled blog.

Coca-Cola spreads the word about content through all of its various social media channels, which helps deliver an astounding 1.4 million average views per month. Every piece of content is scored based on metrics like engagement, while metrics like bounce rate and time on site are used to assess reader interest in category topics rather than individual stories. 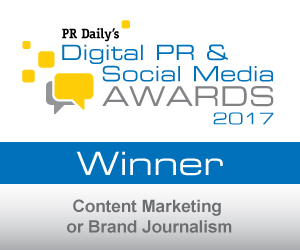