A leaked photo gave the communications team at Reese’s an opportunity to engage with its fans and heighten anticipation about whether a new Reese’s Peanut Butter Cup (filled with Reese’s Pieces) would actually be introduced to the marketplace. Its innovative response earned the candy maker first place in the “Digital Product/Service Launch” category of PR Daily’s 2017 Digital PR & Social Media Awards.

The leaked photo of “Cupfusion,” a mashup of Reese’s Pieces candy stuffed inside the flagship Reese’s Peanut Butter Cup, was shared 40,000 times in short order, with fans expressing confusion and the marketing team coping with their hard work being upstaged months before the product was scheduled to appear on store shelves. The team responded by quickly introducing the #Cupfusion hashtag and then began interacting with fans to fuel speculation and expand the audience of those waiting with breathless anticipation to find out whether the leaked photo was real or fake.

Memes and GIFs were among the tools used to tease fans. Two calendar dates led to additional pushes: a meme of a Reese’s Pieces-filled piñata on Cinco de Mayo and a GIF of a Reese’s Peanut Butter Cup telling Reese’s Pieces “You’re so cute I could eat you up!” on Mother’s Day.

The reveal was accomplished with an animated GIF announcing, “Yup, it’s a thing,” which sparked a flood of comments and questions from fans, followed by a real-time campaign on Facebook and Twitter marked by cheeky give-and-take between the brand and its fans.

To maintain momentum, the team introduced Cupmoji, an emoji-inspired graphic of the new candy. In addition to racking up enviable social media results (such as a reach of 1.1 billion for the official announcement), the organization was deluged with calls from retailers about the candy’s availability. What started as a crisis wound up doubling the team’s volume expectations. 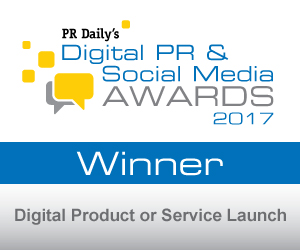