The first 30 days of kidney dialysis treatment can be a stressful and challenging time for the 100,000 people diagnosed annually with kidney failure. Based on its experience helping people make the adjustments necessary to life with dialysis, the American Kidney Fund undertook an effort to ease that transition for new patients. That project—the FIRST30 campaign—has taken first place in the “Specialty Campaign” category of PR Daily’s 2017 Digital PR & Social Media Awards.

Throughout its 50-year history, the American Kidney Fund has been dedicated to providing educational and financial support to dialysis patients. The FIRST30 campaign included a checklist that offered the most important need-to-know information, including questions to ask. The checklist was downloadable from the FIRST30 site; it was also distributed to renal professionals during one of their biggest conferences.

A four-part video series featured patients and kidney care professionals covering key dimensions of the dialysis experience. A press release, social media sharing and a blog created and maintained awareness of the campaign. The blog included a series of posts by one of the AKF’s social media influencers who was about to undergo dialysis for the first time; his posts covered each of his first four weeks as a patient.

Blog posts shared on Facebook reached more than 70,000 people; the videos reached more than 53,000. The campaign site attracted 10,000 visits and the checklist was downloaded by 150 people. The FIRST30 campaign was made possible by a grant from Sanofi Renal. 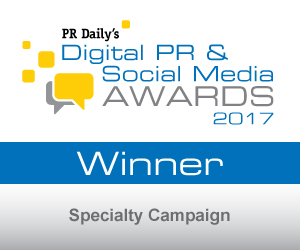