Organizations should undertake corporate social responsibility (CSR) initiatives because it’s the right thing to do, not for the publicity. Ensuring audiences know about those efforts is nevertheless an important consideration in earning a strong reputation. Thus, it worried Aflac to find that, despite an impressive track record of commitment to the community, awareness of those efforts was low. Its efforts to correct that have earned Aflac first place in the “Use of Facebook” category in PR Daily’s 2018 Digital PR & Social Media Awards.

Communicators working with agency partners FleishmanHillard and KWI Inc. set out to raise awareness of the recognition Aflac had received for ethical business conduct. They sought to elevate its reputation for attracting, retaining and promoting a diverse workforce, drive awareness of the organization’s philanthropic activities and communicate the steps the organization had taken to reduce its environmental footprint.

One of the goals for the campaign was to increase likes, reach and engagement on Aflac’s Facebook page by 10 percent each. The team linked reputation to business drivers, “(aligning) Facebook content to corresponding reputation dimensions, allowing for in-depth analysis and serving as a framework for the company’s strategic focus,” according to the team. “Aflac emphasized three CSR reputation categories on its Facebook page that research showed are most relevant to consumers and investors: workplace, leadership, and citizenship.”

Using high-quality, engaging calls to action, Aflac drove its Facebook page visitors to its CSR microsite. The results were impressive: The organization saw a nearly 12 percent increase in Facebook page likes, a 257 percent rise in engagement and an increase of 134 percent in monthly reach. 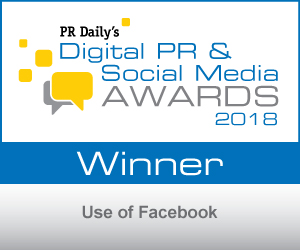