Here’s what can happen when you put together a four-minute video on a project that could make your company famous—at least on YouTube—on the fly, without a storyboard, script, schedule, theme, or real budget: You win the prize for Best Low-Budget Video in PR Daily’s 2013 Video Awards.

For three years, Stantec, a building, engineering, and architectural firm headquartered in Edmonton, Alberta, had been working with Habitat for Humanity and Lafarge N.A., a precast concrete supplier in Calgary, Alberta, to build a carbon-footprintless “net-zero” two-family house made of precast concrete.

The idea was that the house’s roof solar panels would feed electricity to the Edmonton power grid storage cells in the summer. The home would draw electricity from the grid in the winter.

If Stantec’s models were correct, the putting in of energy would equal the taking out of energy, thus making this prefabricated home “net-zero” in lighting and other electric use.

Stantec’s Matt Stuart  called on their company’s internal videographer, Philippe Roulston, in Vancouver. Was he available on Oct. 17, 2013?

They lined up dedication-day interviews with Alfred Nikolai, CEO of Edmonton Habitat for Humanity; Don Zakariasen, director of marketing for precast concrete at Lafarge Western Canada; and Matt Roper, an intern architect at Stantec who worked on the house.

The edited video has a coherent, continuous narrative that effortlessly holds its viewers for almost four minutes. Klaas Rodenburg, Stantec’s sustainability specialist, and others stress on-camera what the “net-zero home” embodies:

Congratulations, Matt and Philippe. This is superior public philanthropy by everybody! 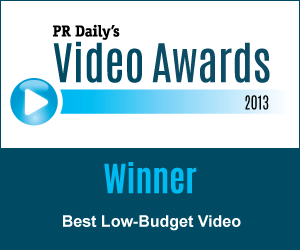