As any film company can tell you, simply having a big-name celebrity in your film doesn’t mean the movie will be a success.

The same applies to corporate videos.

Just because you enlist a celebrity to help you tell a story, spread a message, or promote a cause doesn’t mean the video will be a success. But in its entry for the Best Use of a Celebrity or Personality category in PR Daily’s 2013 Video Awards, the ESPN communications department proved it could use Steve Carell’s star power to promote the ESPN brand. For its superior and strategic video, ESPN earned first place in the category.

When athletes or celebrities visit the ESPN studios, they typically appear on multiple ESPN shows per day. These stars start the day at one end of the building and work their way down the line of production studios. ESPN calls this process the Carwash.

When ESPN’s communications department heard Steve Carell (of “The Office” and “Anchorman” fame) would be going through the Carwash, the team wanted to use the opportunity to show ESPN fans what the experience was like, as well as introduce Carell’s fans to the ESPN brand. ESPN does not give tours of its studios, but fans constantly ask to see them. The communications team figured this would be the perfect opportunity to provide fans a glimpse.

A camera shadowed Carell throughout the day to film his interviews, interactions with ESPN staff, and behind-the-scenes moments. Carell didn’t follow a script so the video could capture what his trip through the Carwash was truly like.

The footage was edited and clips from Carell’s interviews were added so viewers could compare what they see on TV with what happens backstage, and added some music. 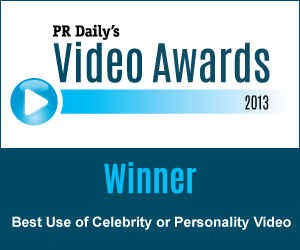