How does a car maker attract new readers to its cycling magazine website? If you’re Skoda, you bring content producer Mustard on board to develop one of the funniest, most original videos in years—one that’s taken first place in the “Content Marketing Video” category of PR Daily’s 2016 Video Awards.

The video recorded activity in three cities under the banner of the “European Bike Stealing Championships.” In Prague, Amsterdam and Rome, a bike was left unlocked and unattended, an open invitation to theft in cities where bicycle theft is rampant. Hidden cameras recorded the bike while a truck was parked nearby.

When a thief tried to steal the bike, it produced a cloud of red powder not unlike the dye-packs attached to money in banks. Then the side of the truck trailer fell open to reveal a band playing as confetti sprayed to honor the “winner” of the competition.

The edited video, featuring sportscast-like commentary, was shared almost immediately by top news services and content aggregators. More than three million views were tallied within just one week. Ninety percent of the reach of more than 250 million people was organic. Analytics showed that engagement included environmental-minded consumers, who are a tough audience for car manufacturers. Website traffic grew 700 percent, and media value was estimated at 15 million euros. 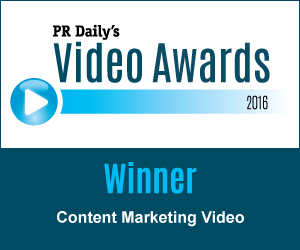