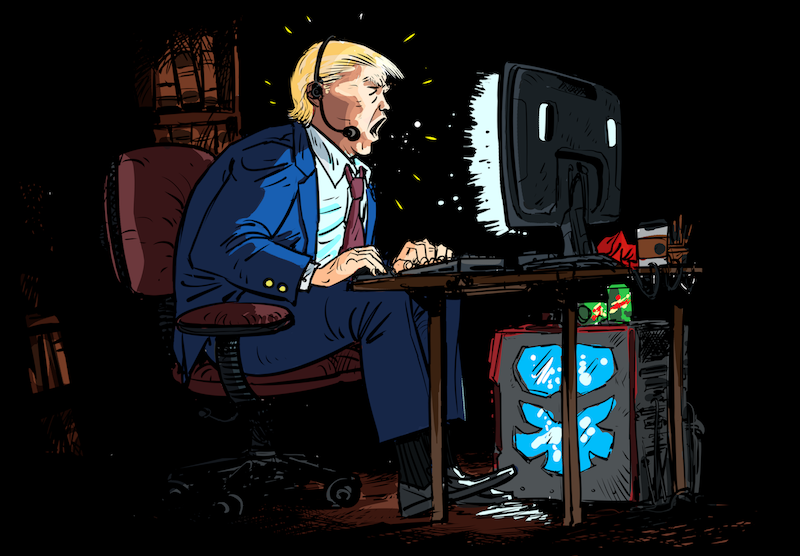 The Nuisance Committee sought to persuade voters to cast their ballots for Hillary Clinton in the 2016 presidential election by raising awareness of Donald Trump’s controversial statements and positions. Regardless of the outcome of the election, the Committee’s work achieved at least one goal: winning the Grand Prize for “Visual Design of the Year” in PR Daily’s 2016 Visual and Infographics Awards.Financed with special sales of add-on packs of the popular Cards Against Humanity party game (billed as “a game for horrible people”), the Nuisance Committee was able to create multiple billboards, websites, and audio clips. The six billboards, placed in key swing states, were eye-catching, with large block type and brightly-colored illustrations against a black background. Each of the billboards featured its own URL, leading people to a microsite that mirrored the billboard design and expanded on its message. One billboard was aimed exclusively at the 20 million players of the video game Overwatch, an innovative approach in its own right. Each billboard/website combination was labeled a “nuisance,” and one also featured three 30-second ads voiced by “Star Trek” actor/activist George Takei for insertion in podcasts. The Committee’s work resulted in 115 articles over the final six weeks of the presidential campaign. The Overwatch ad generated 40 media mentions, as well as coverage in gaming media and chat rooms. A single tweet about the Overwatch billboard was retweeted more than 7,000 times. The campaign even led to a three-minute CNN segment with Nuisance Committee head Max Temkin. Congratulations to Max Temkin, along with team members Melissa Harris, Kitty Kurth, Kevin Lampe, Lindsey Camelio, Amy Schwartz, Alex Soble and Daniel Warren Johnson. 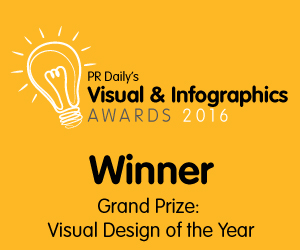