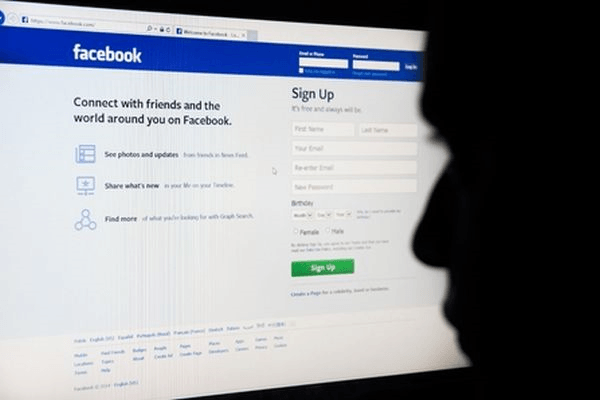 The company has been defending itself against claims that it funneled users’ private data—without their permission—to app developers, leading to the use of the data by Cambridge Analytica in several recent elections.

After apologizing and working overtime to allay consumer fears, Facebook is now defending its use of data scraped from calls and texts sent on Android phones.

Facebook uses phone-contact data as part of its friend recommendation algorithm. And in recent versions of the Messenger application for Android and Facebook Lite devices, a more explicit request is made to users for access to call logs and SMS logs on Android and Facebook Lite devices. But even if users didn’t give that permission to Messenger, they may have given it inadvertently for years through Facebook’s mobile apps—because of the way Android has handled permissions for accessing call logs in the past.

Facebook denied the claim, writing in a blog post: “You may have seen some recent reports that Facebook has been logging people’s call and SMS (text) history without their permission. This is not the case.”

Call and text history logging is part of an opt-in feature for people using Messenger or Facebook Lite on Android. This helps you find and stay connected with the people you care about, and provides you with a better experience across Facebook. People have to expressly agree to use this feature. If, at any time, they no longer wish to use this feature they can turn it off in settings, or here for Facebook Lite users, and all previously shared call and text history shared via that app is deleted. While we receive certain permissions from Android, uploading this information has always been opt-in only.

However, Ars Technica questioned whether a service was really “opt in” if the opt-in was a default setting:

While data collection was technically “opt-in,” in both these cases the opt-in was the default installation mode for Facebook’s application, not a separate notification of data collection. Facebook never explicitly revealed that the data was being collected, and it was only discovered as part of a review of the data associated with the accounts. The users we talked to only performed such reviews after the recent revelations about Cambridge Analytica’s use of Facebook data.

This latest spat over privacy protection comes as Facebook has launched a major effort to rebuild trust amid the unfolding Cambridge Analytica scandal, in which a third-party organization obtained millions of users’ data without their permission.

Facebook’s public statement, posted on its press site, comes a couple of days after it took out full page newspaper ads to apologize for the misuse of data by third-party apps as it copes with fallout from the Cambridge Analytica scandal (follow the story as it develops here). In the ad, founder and chief executive officer Mark Zuckerberg wrote “We have a responsibility to protect your information. If we can’t, we don’t deserve it.”

Some are demanding another apology—and a better explanation—from the social media company.

This time, the company has issued a statement saying it did nothing wrong. For one thing, it emphasizes that while it may be storing data about every phone call and text, including who contacted whom, what time, and how long the conversation was, it did not actually record the content of those conversations and texts. (Is that supposed to make us feel like our privacy has been respected? Apparently Facebook thinks it should.)

Contact importers might be common, but tracking and storing data about every call or text users make and receive is pretty uncommon, or at least I hope it is. Facebook appears to be deliberately ignoring the fact that there’s a huge difference between these two things.

On Twitter, many shared their dismay over Facebook’s data collection:

Translation: Facebook is selling your text messages to advertisers

Some users also faulted the Android operating platform that gave Facebook the call data by default.

Facebook has been recording people’s call records on Android. Another reason I never use Android. https://t.co/85B8yJOJaY

Others said they believe the industry should be regulated:

And Facebook’s *official* response, in March 2018, is that they were just helping you find your contacts.

But that doesn’t require looking at call logs at all, much less *storing* them…for years!

This industry is corrosive, and deserves whatever regulation is coming their way. pic.twitter.com/OJtHAaXnOn

Perhaps in an attempt to change the subject, Facebook announced it would roll out more local news to its global platform after previewing the algorithm tweak in the U.S.

Local news helps people connect to their communities about the issues that are closest to home. Earlier this year, we announced a change in the US to prioritize local news so people can see topics that have a direct impact on their community and discover what’s happening in their local area.

Today, we’re expanding that update to people in all countries, in all languages. Now, people around the world will see more news on Facebook from local sources covering their current city and other cities they may care about.

However, the scandal seems unlikely to fade as users express their shock about the sorts of data they found in their Facebook downloads.

How would you advise Facebook to respond, Ragan/PR Daily readers?