Most employees don’t want their workplaces to become forums for political debate.

A study from Clutch reported that only 32% of employees even somewhat agree that differing political viewpoints foster a healthy exchange of ideas. 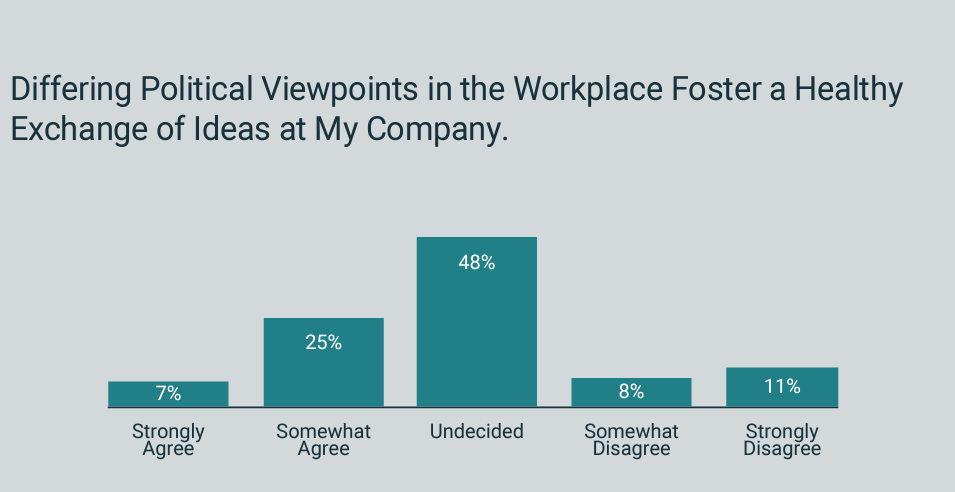 For Google, the political debate happening in employee forums has spilled out into the public sphere, prompting the company to take a stand against political posturing at work.

Google has long prided itself on a workplace culture in which employees are encouraged to speak their minds and engage in philosophical debates.

But now the company, stung by recent controversies, is trying to rein in its famously freewheeling employees. On Friday, Google issued new workplace guidelines that ordered its staff to refrain from insulting one another, from making misleading comments about the company and from “disrupting the workday to have a raging debate over politics or the latest news story.”

“Our primary responsibility is to do the work we’ve each been hired to do, not to spend working time on debates about non-work topics,” the guidelines read.

Rancorous debate has been a PR problem for Google, starting with the infamous memo from engineer James Damore about his thesis that men are biologically more suited to be engineers than women. Google fired Damore and updated its policies on community standards, but months later employees were still ready to walk out over employee treatment and company culture—especially in light of the #MeToo movement and harassment at Google.

Now Google says it wants employees to focus on work and leave their politics at the door.

Here are some key things to remember as you communicate:

Is this new political speech policy a lot of fuss over nothing? Many employees say they have no problem with political discourse at work—and the data doesn’t support an argument that these debates hinder productivity.

According to Clutch, fewer than 10% of employees report discrimination or discomfort over political views in the workplace. 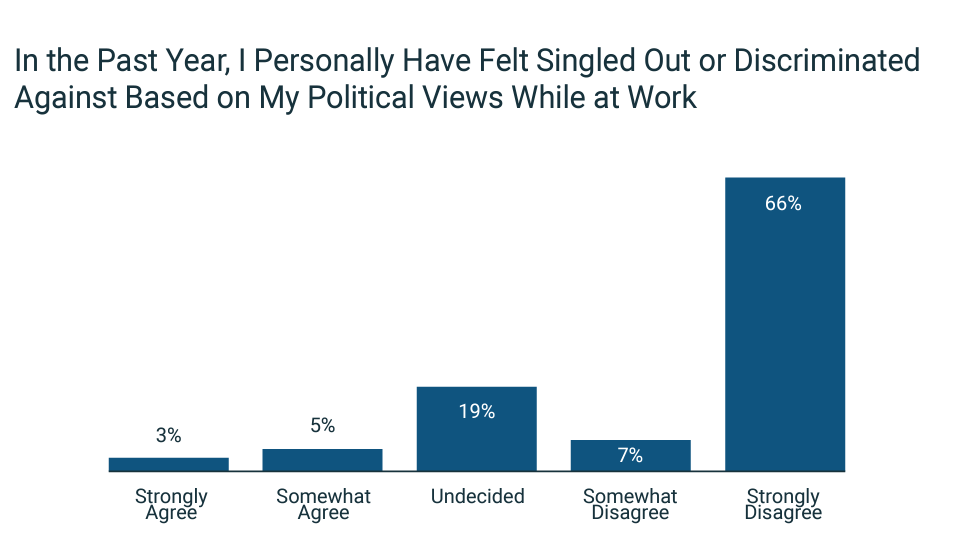 However, employees do expect leaders to set the tone for reasonable political dialogue in the workplace.

…If company leaders encourage employees to avoid political discourse at work, it may relieve social pressure for those who feel their viewpoints don’t align with those of their coworkers.

So, your organization might be tempted to copy Google’s example and issue rules about employee political expression. Just know that your guidelines have to adhere to certain legal principles and can’t be seen as limiting an employee’s right to self-expression.

In Google’s case, the company says it plans to rely on admonishment and education rather than stiff discipline for employees who flout the new guidelines.

A spokesperson for the company said that in most cases, the company would first try to educate employees before disciplining them. Part of the community managers’ jobs will also be to work with moderators of internal listservs to help make sure those messages are following the new guidelines.

Google first introduced internal community guidelines to regulate discussion on its many internal forums and email lists last year. While some employees appreciated the guidelines and saw them as an attempt to limit harassment between colleagues, others criticized the move for forcing Google employees to respect uncivil speech from their colleagues on the basis of respecting all sides.

Google also is poised to be a test case for the rest of the tech sector as it has grappled with the politicization of the public sphere, including complaints from politicians about censorship on their platforms.

However, Google should also be seen as a unique case because of its long history of laissez-faire policies for employee interaction.

Reining in Google’s unique workplace culture is a leviathan task that no single set of community rules could accomplish all on its own. But the company’s new restrictions show Google knows it can’t simply dismiss the political controversies surrounding its workplace and products. The world, and politics, have changed since Google was founded 21 years ago. It seems Google decided it was time to change, too.

For PR pros, it’s essential to remember that internal policies and debates are fodder for external crises and are an important part of how consumers view your organization.