Ray Day has managed his fair share of crises. As the chief communications officer at Ford during the 2008 financial crisis and a leader on the frontline during the Sept. 11 terrorist attacks and its aftermath, Day’s communications playbook is filled with strategies and tactics that can be activated during this unprecedented crisis.

Let’s start with your communications team. 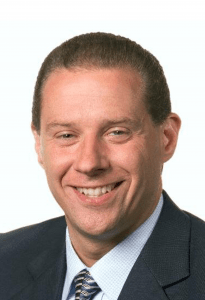 “Just like in sports, you need to have two parts of your team running in parallel: one playing defense, focused on the crisis and the other playing offense, getting ready for the future,” says Day, vice chairman of The Stagwell Group’s Marketing and Communications Agencies, which include Code + Theory, The Harris Poll, SKD Knickerbocker, Reputation Defender, Finn Partners, Sloane & Co, Targeted Victory and others. He spoke to us from his home in Detroit, where he is sheltering in placing with his wife and two daughters.

Your “defense team” includes those managing the current crisis. Day recommends this team be comprised of the most resilient—those who are quick to take action, are the voice of calm and reason, and who survey the business landscape and adhere to the facts as they manage the crisis.

At the same time and with just as much energy, Day recommends building an offensive team that looks to the future and is not involved in the current crisis. Those best suited for this team are curious and self-starters—they veer away from comfort zones, are competitive and strategic, and can see at least six months down the road.

Day brings more than 30 years of in-house communications experience to his role at Stagwell, which he joined in February 2020. As CCO at IBM, he led the company’s communications and corporate citizenship teams in 170 countries and strengthened its communications capability. Before that for 28 years, he was at Ford, where he worked as group vice president of communications with then CEO Alan Mulally helping transform Ford’s business at a time of deep financial crisis for the auto industry and creating the greatest growth ever in Ford’s reputation and brand health.

Today, like 10 or 30 years ago, communications leaders navigating a crisis need to deftly balance the present situation and not lose sight of the future.

“In any crisis, no matter how large or small, a leader should have and communicate two thoughts – how to deal with the current reality and how to paint a picture of the future,” says Day. “If you pour 95% of attention into putting out today’s fire, you won’t create that hope for the future.”

Day sees some rays of hope in the current crisis. The severity of the 2008 recession, the Sept. 11 terrorist attacks and the many natural disasters our country has faced led to infrastructure destruction that needed to be rebuilt. “Now, we have the tragic loss of life,” he says. “But the infrastructure of our country is still sound. There is no destruction there, and that is a blessing.”

Stagwell has been grounded in a digital-first philosophy, as all the agencies in the company were born digital first. This, says Day, has positioned his company well from Day 1 of this crisis.

There’s no arguing that communicators will need to be more digitally savvy, as the rate of acceleration toward digital business models has increased exponentially. Because of this crisis, Day says digital transformation for businesses has leap-frogged by five-10 years. In his estimation, communicators need to be comfortable with working at a higher speed, in real-time and with a focus on flexibility and innovation. Employees, in particular, are expecting this of their employers.

All of Stagwell’s 3,000 employees across 25 offices are working from home. In addition to email, town halls and intranet communications, Day says managers need to make sure they are staying connected with their colleagues emotionally, encouraging them to challenge themselves during this crisis, and are understanding of the new WFH rules.

To wit: When a colleague’s dog or toddler pops up on a video call during a team meeting, relish the moment. “The business has invaded the home, not the other way around,” says Day. “That’s why you never need to say, ‘I’m sorry’ when you’re interrupted by children or pets.”

Day encourages his team to get on the phone and step away from their computers. “Don’t shelter behind videos and meetings,” he says. “Don’t hold yourself hostage to the computer screen.”

Communicators are in a position right now to not only manage their brand’s reputation during this unprecedented crisis but to lead the way for their company, says Day. “Think three to five years down the road: how will people shop and how will they consume information? Make sure what you’re doing today is leading you to that point of view.”

Day brought this “future of communications” emphasis to hundreds of PRSSA students whose in-person district conference was canceled this past weekend. He and some of the top communications leaders in the industry participated in a virtual fireside chat to give the next generation of leaders advice for the future.

“Communications and PR are changing at warp speed,” Day adds, “and the successful companies, brands and leaders will be the ones that quickly shift their focus to the future of communications. This future will be defined by being digital, mobile, measurable and engaging – both in reaching stakeholders and in delivering compelling content.”

For more insights on managing through this crisis, join Ragan’s Crisis Leadership Board.