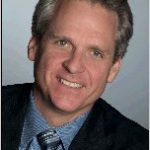 PR pros who rely on “network neutrality” to help their clients win top placements on the Web may see their level playing field demolished if Google and other giant content providers get their way.

Imagine an Internet controlled by the biggest content providers in the world: Google, Microsoft and Yahoo. Speed and access to the web—which now operates under the premise of “network neutrality”—would go to the highest bidder.

Companies able and willing to negotiate big deals with network providers and phone companies would get first place in line, while smaller companies would see their web sites respond more slowly.

The Wall Street Journal reports in its Monday editions that Google has approached the major phone companies and network providers “with a proposal to create a fast lane for its own content.”

The result: “If companies like Google succeed in negotiating preferential treatment, the Internet can become a place where wealthy companies get faster and easier access to the web than less affluent ones,” WSJ reports.