The public relations profession has a lot of work to do on diversity, equity and inclusion, especially in acknowledging the diversity in the field’s history.

As the country celebrates Black History Month, the industry must remember those PR pioneers of color and their many “firsts” in the industry.

Joseph Varney Baker is one of those professionals. He was born on Aug. 20, 1908, in Abbeville, South Carolina. In the 1920s, a teenage Baker moved to Philadelphia, graduated from Central High School and eventually studied journalism at Temple University. 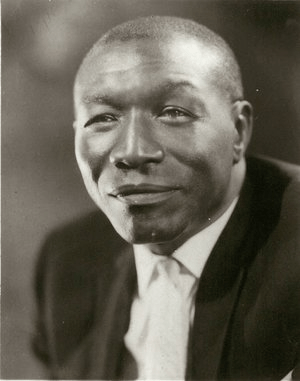 His storied career began as a reporter at the Philadelphia Tribune, a Black newspaper still published today, eventually working his way up to become city editor. He was also the first Black journalist to write for the Philadelphia Inquirer, which is now the third-oldest surviving daily newspaper in the United States.

After leaving his position as the city editor at the Philadelphia Tribune, he worked as a public relations consultant for the Pennsylvania Railroad. This move led him to start his firm in New York City, Joseph V. Baker and Associates, in 1934. The firm, the first Black-owned PR firm, specialized in PR, marketing and advertising aimed at Black audiences.

Baker was also active in politics for many years and served as an assistant to Richard Nixon’s campaign staff when he ran for president against John F. Kennedy.

Baker retired from Joseph V. Baker and Associates in the early 1980s. Once described as the “dean of Negro public relations men,” Baker died at 84 years old in his Germantown, Pennsylvania home on May 7, 1993.

Jared Meade, MPS, APR is the founder and principal of Rayne Strategy Group. This article is part of a partnership with The Museum of Public Relations.