In the current public trust crisis, many are turning to reporters for credibility.

Among professions, journalists and college/university professors came out on top. PR pros, CEOs and marketers/advertisers were only trusted by about one in four Americans.

The survey showed a bifurcation of responses—many sources considered trusted by some were deemed not trustworthy by others. Journalists were regarded as one of the trusted occupations, though 44% said they had “not much” or no trust in journalists to provide accurate news and information.

“Journalists are a cornerstone of our democracy,” said Steve Cody, founder of Peppercomm and chair of the IPR Board of Trustees. “For some, journalists are the only connection to what is happening in their community. Plus, public relations professionals heavily rely on journalists to do their jobs.” 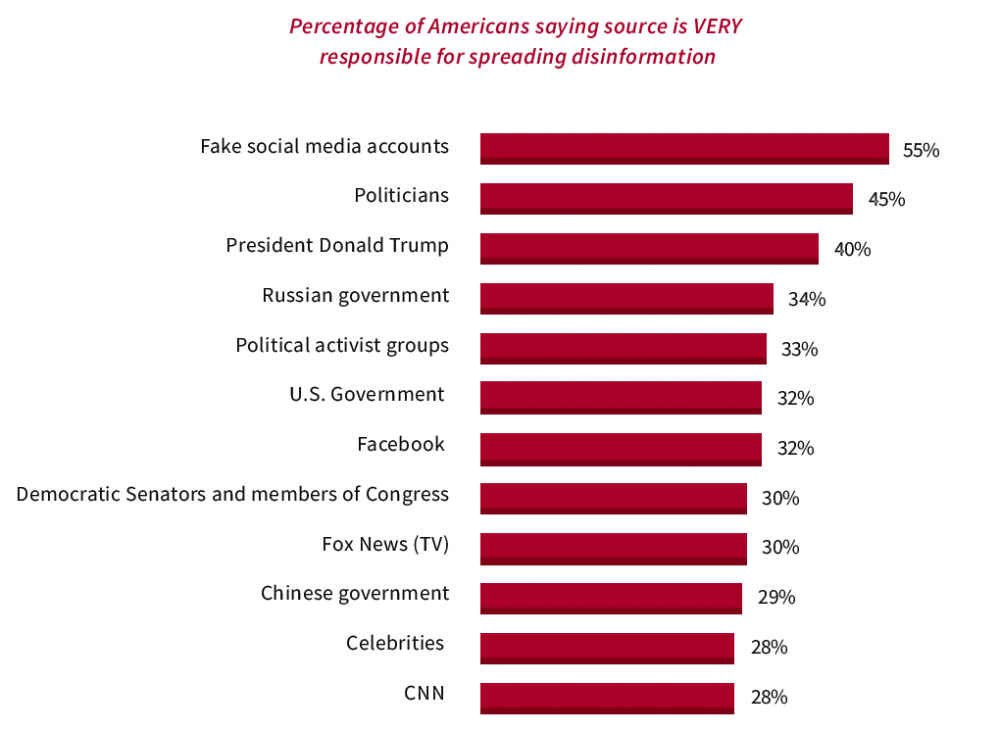 Some news organizations have experienced cuts in 2019 including Buzzfeed, HuffPost and Gannett. According to Steve Cavendish in an editorial in The Washington Post, “Years of erosion have damaged the paper’s ability to cover the community.”

In the 2019 IPR Disinformation in Society study, local newspapers (62%) and local broadcast news (62%) fared well for perceptions of trustworthiness of the media and the ability to provide accurate news and information. Unfortunately, the overall decline of local newspapers and cuts to journalism have created “news deserts.”

[FREE REPORT: Benchmark your internal comms efforts against your peers]

According to Dr. Penny Abernathy, chair of journalism and digital media economics at UNC, in a PBS news story, over the last decade and a half, 1,800 newspapers have disappeared in the U.S. Particularly affected are small- and mid-sized communities, where local newspapers are likely the only source of journalism. Therefore, these news deserts coalesce around areas that are poorer and less educated. 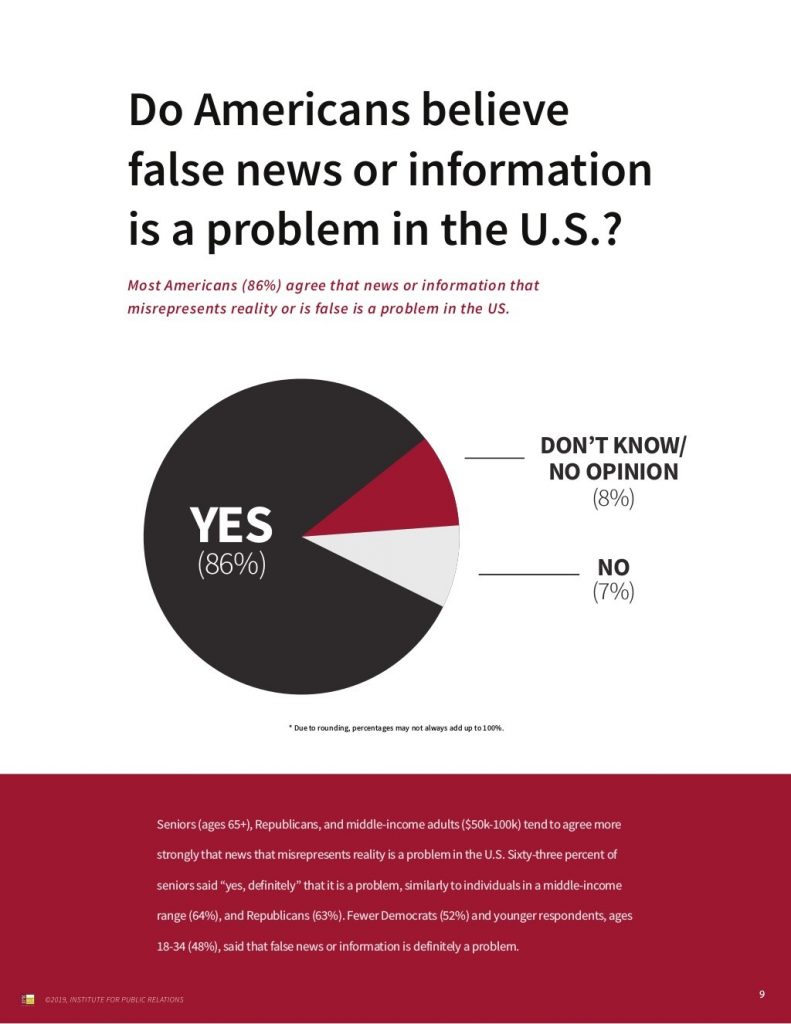 In the 2019 IPR Disinformation in Society study, media sources were also deemed to be “very responsible” for combating disinformation, especially journalists (64%), network news stations (65%), and cable news (62%). Companies and corporations should help support journalists to fill this crucial societal function, while remaining independent.

Tina McCorkindale is the president and CEO of Institute for Public Relations.