The 500 millionth Zippo lighter was set to roll off the manufacturing line on June 5, 2012.

The maker of the iconic windproof lighters, Zippo Manufacturing Company, which produces a range of other products, including candles, watches, and a fragrance, hoped to mark the occasion with extensive media coverage.

With the help of M!kePR—and a budget of $25,000—Zippo focused on a topic keen to the media and the public: keeping manufacturing in the U.S. and putting America back to work. Part of the story of Zippo, which was founded in 1932, is that of American manufacturing. Despite headlines insisting that U.S. manufacturing is in decline, Zippo wanted to highlight that its product is still made in America.

The hook was the company’s 500 millionth lighter—and it earned the most media coverage Zippo has ever experienced.

How it pulled off the campaign

The campaign was split into two phases: pre-event planning and day-of coverage of the event, which occurred halfway through the company’s 80th anniversary. In the months leading up to the event, the M!kePR team began developing relationships with key media contacts, including The Associated Press and Fox News.

On the big day, the M!kePR team chaperoned members of the media through Zippo’s headquarters in Bedford, Pa., and oversaw the creation of b-roll footage of the production of the lighter. Meanwhile, other M!kePR team members remained at its New Jersey headquarters to field media inquiries.

Media outlets across the country—including The Associated Press, Fox, ABC News, Bloomberg Businessweek, and USA Today—covered the event. The campaign garnered nearly 700 media placements with a total audience of more than 719 million.

Better yet, Zippo saw a dramatic increase in online sales after the event. 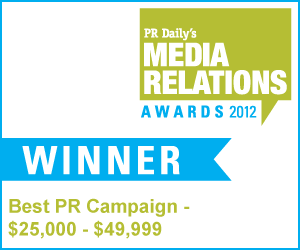