There are a lot of digital health startups; $8.1 billion in funding has flowed to the industry. Out of all those organizations, though, none had achieved a successful IPO; the last digital health IPO took place in 2016. Livongo was preparing to go public and hoped to differentiate itself from its competitors. The approach it took to obtaining coverage has won first place in the “Innovation in Media Relations” category of PR Daily’s Media Relations Awards.

Livongo had achieved considerable success with more than 650 of the largest self-insured employers using its integrated solution for people with chronic and behavioral health conditions, along with four of the seven top health plans, leading health systems and the two largest pharmacy benefit managers in the U.S.

The PR team planned  a drumbeat of news, with four major announcements between Jan. 30 and April 4. The team built a narrative timed to the announcements. The first major coverage came courtesy of The Wall Street Journal, reporting on Livongo’s first announcement. That coverage was enough to interest CNBC’s Squawk Alley to bring the Livongo’s executive chairman onto the show to talk about its next announcement.

And so it went, each story building momentum while supporting the general narrative. One of the four announcements, about Livongo’s affiliation with new Amazon Alexa health care skills program, got 74 placements within five days, including several big-name national publications.

Overall, the campaign has earned 370 placements compared with 52 over the same period in 2018. The company used the coverage to drive social media efforts, which saw big increases. 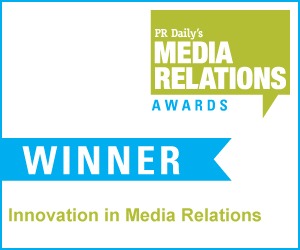