“Color, Way of Love” is the name of Nippon Paint’s corporate social responsibility program. Launched in 2009, the program repairs and beautifies campuses for schoolchildren in remote areas of China. Each year, the project adds new elements, new schools and new angles for the media to cover. The most recent effort has earned Nippon Paint first place in the “Media Relations Campaign Under $50,000” category in PR Daily’s Media Relations Awards.

By 2017, “Color, Way of Love” was active in 24 provinces, two municipalities, five autonomous regions and more than 100 cities and towns across China. In 2018 Nippon Paint completed 12 schools and 10 urban wall paintings, bringing the total number of wall paintings to 93. That was also the year Nippon Paint put the project at the heart of its effort to communicate its core values and CSR vision.

The campaign included a media event at a kindergarten where reporters could interview artists and learn about a variety of projects; they were also able to participate in a variety of activities set up to encourage them to release their inner child. The event was also a showcase for “Dream Making,” the wall-painting element of the program.

The media outlets participating represented the full spectrum of channels, including print, new media, network and video sites. More than 180 special reports were published as a result of the media event alone.

In addition to the media event, the team worked with a variety of media outlets, sharing an exclusive interview with 11 participating artists to explore the stories behind their work; 23 original interview reports were published as a result. Altogether, more than 65 articles were published by mainstream media. 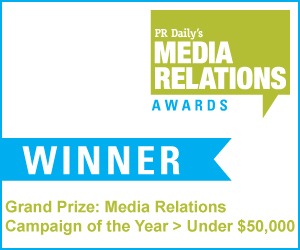