Most people probably think of doctors as responsible for saving lives, but some stories have a different ending. Torrance Memorial Medical Center wanted to increase awareness of its underused Hospice program, addressing a subject that most people don’t want to think about: the end of life. The resulting article is an in-depth profile of Hospice Medical Director James McKinnell, M.D., working with patients nearing their final days.

It’s an ultimately uplifting look at an important subject and a necessary resource that took first prize for Best Feature Article in Ragan’s 2013 Health Care PR and Marketing Awards.

Torrance Memorial Medical Center sought to counter the perception that hospice care is designed to treat patients who have “given up” on living. The article, “A Graceful Exit,” focuses on McKinnell’s relationship with Bob Barker, an 87-year-old hospice patient living at home with his wife. The five-page feature tells readers about McKinnell’s career, Barker’s long life, and the meaning of hospice care.

“Our aim is to bring quality of life to the time they have left,” McKinnell explains, “to help them take that last trip with their family by making them symptom free.” An informative sidebar highlights Torrance Memorial’s network of hospice volunteers and the various roles they serve in the program.

Published in Torrance Memorial’s community publication Pulse, “A Graceful Exit” reached a potential audience of close to 100,000 homeowners within its primary service area. A posting on the Torrance Memorial website generated 200 page views.

In addition, Torrance Memorial Hospice saw an admissions spike following the article’s appearance in February, indicating increased awareness for the program. Hospice also received 15 new inquiries from volunteer candidates who said they had learned of the program through the article.

Writer Colleen Farrell deserves credit for a compassionate look at a sensitive subject and for raising awareness of an important option for patients facing difficult decisions at the end of life.

Read the article in its entirety on Torrance’s website, here. 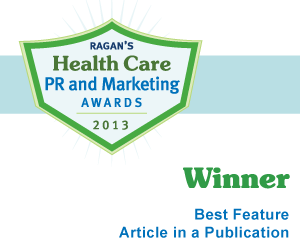