The Affordable Care Act and Medicaid were repeatedly targeted by candidates in the 2016 presidential election, creating chaos and leading several insurers to withdraw from North Carolina’s ACA marketplace. Blue Cross NC turned to its three-year-old blog to help rebuild, restore and protect the organization’s reputation. In doing so, it has won first place in the “Blog” category of Ragan’s 2017 Health Care Marketing & PR Awards.

As attention shifted to the decision Blue Cross NC would make, the blog team identified multiple stakeholders, recognizing that one approach wouldn’t achieve the objectives set for each group.

Strategies were devised for content targeting consumers, health and wellness enthusiasts and opinion leaders and influencers. To address an operational crisis affecting some 25,000 customers, an intake form was added to the blog to support two-way engagement and alleviate some of the load on the call center.

The blog also became the channel for regular updates, pushing, for example, the welcome news that Blue Cross NC would remain in the marketplace. Research drove posts on ACA open enrollment. Meanwhile, the blog was also home to local, personal stories designed to inspire health and wellness enthusiasts.

As for the influencers, listening played a key part in identifying their issues so content could be created to establish Blue Cross NC and its leaders as experts while explaining those issues to other stakeholders.

Blog readership as a result of the pivot rose 14 percent, with unique visits up 7 percent. More than 1,000 people subscribe to the blog’s email bulletin. Social media activity drove 40 percent of the traffic to the blog.

Congratulations to the team of Charlene Macielag and James LaCorte for an award-winning blog. 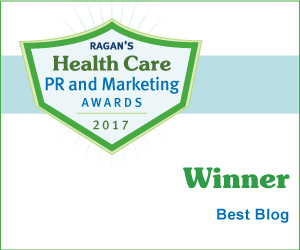