Most Americans know about the crisis experienced by the poverty-plagued city of Flint, Michigan. In 2014, city officials switched to the Flint River as the city’s water source in order to reduce a budget shortfall. Lead from aging pipes found its way into the tap water used by Flint residents. Flint’s mayor declared a public health state of emergency in December 2015.

Molina’s testing events attracted some 3,400 people; 1,500 children and 80 adults had their lead levels tested. Seventy-six tested positive for abnormally high lead levels; they were assigned case managers to ensure they followed up with their primary care physicians.

The events attracted considerable news media coverage, and because Molina alerted the press to its activities, the organization became a go-to resource for reports on the health dimensions of the crisis. Meanwhile, the organization held bottled-water drives at its Troy and Detroit offices through its “Helping Hands” employee volunteer program, leading to a donation of 15,000 bottles of water.

By stepping up with tangible assistance during a crisis, Molina achieved 315 media placements and allowed employees to contribute in a meaningful way.

For planning and executing a first-rate community outreach campaign at moment’s notice, congratulations to Molina’s Leigh Woodward and Danielle Smith. 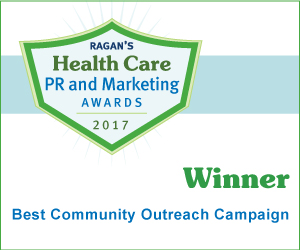