The statistics on physical therapists (PTs) are eye-opening, reflecting the shortage of health care professionals across the United States as the population’s health care needs continue to grow. ATI Physical Therapy, the fastest-growing outpatient physical therapy provider in the country, was already suffering from understaffed clinics, losing an estimated half-million dollars every month. Its efforts to close that gap have earned it first place in the “Marketing” category of Ragan’s 2017 Health Care PR & Marketing Awards.

ATI brought PR agency Burson-Marsteller on board to reinvent its recruiting efforts. Burson began with extensive research that covered the web browsing habits of its millennial target audience, their motivation for choosing a career in physical therapy, how they choose their employers and other attributes. The team also identified obstacles to a physical therapy career, not the least of which is the cost of obtaining the required education.

The result of the research was the “Be Remarkable” campaign: “REach Your Goals, make your MARK, ABLE to help.” Logos, a brand guide and social and digital assets served as the foundation of the campaign, which included a rewrite and redesign of ATI’s career page.

The campaign’s effectiveness is evident in its most important results—265 physical therapists have been hired since the campaign launch. In addition, recruiting events that had been plagued by low turnout drew big crowds, website referrals skyrocketed and social channels experienced significant increases.

Congratulations to ATI and Burson-Marsteller for achieving all its goals with a campaign focused on how a career with ATI lets therapists stand out and make a difference. 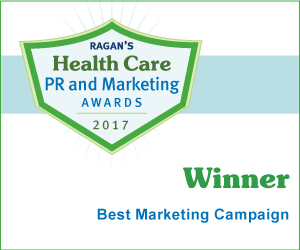