When Google began favoring sites that loaded quickly and were mobile-friendly, and penalized sites that didn’t measure up to current design standards, a number of organizations found themselves compelled to quickly redesign their sites. SHIFT Communications was one of them. For a business-driven approach to a redesign that produced all the desired results, SHIFT has won first place in the “Website” category of PR Daily’s 2016 Digital PR and Social Media Awards.

SHIFT developed an eight-stage plan to meet Google’s expectations for high-ranking sites while improving the user experience (especially on mobile devices) and continuing to produce the quality leads that had been coming from its existing site. It began by mapping existing content (with an emphasis on high-performing content) and associated SEO data, then developing a new-and-improved look and feel.

A developer was employed to convert the design to functional code, after which existing site content was migrated to the new design on a staging server. The SEO data was updated and the content pushed live and announced via SHIFT’s various channels.

The site was resubmitted in the Search Console, forcing Google to re-index it; the Search Console was subsequently monitored, enabling SHIFT to correct errors Google identified until none of the critical bugs remained.

As a result, time spent on SHIFT pages improved by 27 percent. Google showed a 98 percent improvement in mobile compatibility, the site loaded 27 percent faster, organic search rankings improved and more. Overall, for every dollar SHIFT invested in the redesign, the agency realized $53 in conversion value. 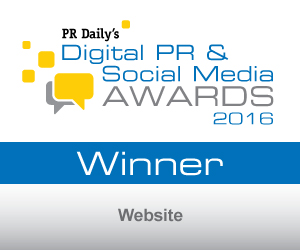