In late 2018, the Transamerica corporate social media team took over the social media channels for two subsidiary sister organizations: Transamerica Agency Network (TAN) and Transamerica Financial Advisors, Inc. (TFA) and undertook an audit, the results of which were used to guide an overhaul of the company’s approach to the two accounts. This effort has earned Transamerica first place in the “Community Engagement” category of PR Daily’s 2019 Digital Marketing & Social Media Awards.

Engagement with content was low across TAN and TFA. Content was published on a seemingly random schedule. The mission statement for the channels was overly broad and not exactly ambitious: “Keep Transamerica top of mind.”

The research included a social media ecosystem audit to assess the effectiveness of every social channel where TAN and TFA had a presence. This effort let the team collaborate with each platform’s support teams to shut down fake accounts. Transamerica also claimed and revived abandoned brand accounts and collaborated with owners of inactive or incorrectly labeled accounts.

The team also conducted a competitive landscape analysis and surveyed and interviewed agents and advisors to assess their needs. Finally, the team undertook a content analysis. A key outcome of the research was to insist that the channels focus entirely on agents and advisors, with Transamerica’s business goals taking a back seat; a new mission statement was developed to reinforce this requirement.

The accounts are now focused on helping agents and advisors using Facebook, LinkedIn, Twitter and Instagram. It worked, with a 107% increase in overall engagement, organic engagement on the TFA Facebook and LinkedIn accounts growing 243% and 189%, respectively, and comments increasing from eight per month to more than 34.

Congratulations to the social media team at Transamerica. 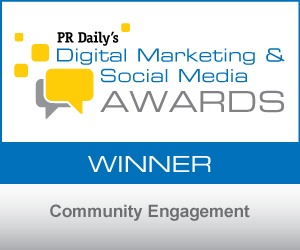