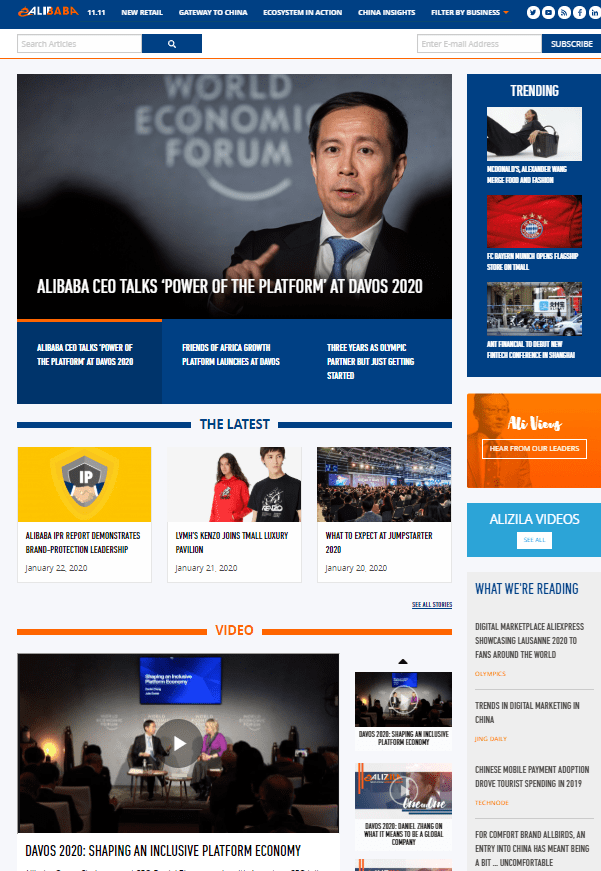 If you were faced with overhauling, increasing and maximizing the digital assets of one of the world’s largest companies, where would you begin?

Alibaba’s digital team faced this challenge in 2019, capped by the launch of Alizila, the company’s corporate news site. In addition to that massive undertaking, Alibaba’s team has dramatically—organically—increased the company’s digital footprint in a short amount of time. Its Twitter following has mushroomed from 3,000 to 164,000, and business is bustling on LinkedIn (776,000+ followers), Facebook (305,000+ followers), YouTube (96,000+ subscribers) and Instagram account (86k followers). Content and research partnerships with BCG, Bain, Politico and Quartz further extend the company’s reach online.

Alizila has been a boon for Alibab’s media relations efforts, too. For example, 2019’s 11.11 Global Shopping Festival delivered record results, generating $38.4 billion in gross merchandise volume during a 24-hour period. Alizila covered the preparation and events leading up to the festival, provided sales updates throughout the day, and published several stories surrounding the impact of the fest on both international and local merchants. Additionally, Alizila published articles and executive op-eds that detailed Alibaba’s commitment to making the event as much about sustainability as it is about shopping so that media and consumers had context and quotes to reference regarding the company’s initiatives.