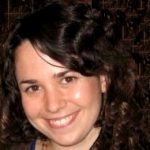 These three elements—their long-held standards—make LifeWay’s internal magazine stand out. The publication was given the 2010 Ragan Recognition Award for best nonprofit magazine. It also won the award in 2009.

LifeLines has been published since the 1940s, but editor Kelly Davis Shrout says the three principles have remained the same—even if the name or frequency (at one point, it was a daily) of the publication changed. Now, the 16-page magazine is published 11 times a year.

“We think that’s non-negotiable,” Shrout says. “It shows that employees are valuable and have been valuable. We want to recognize people.”

The six-person editorial staff has a $1,600 budget and produces 2,500 copies per issue. Shrout says their efforts are supported by LifeWay corporate executives who believe in the power of employee communications. LifeWay publishes Christian reading materials.