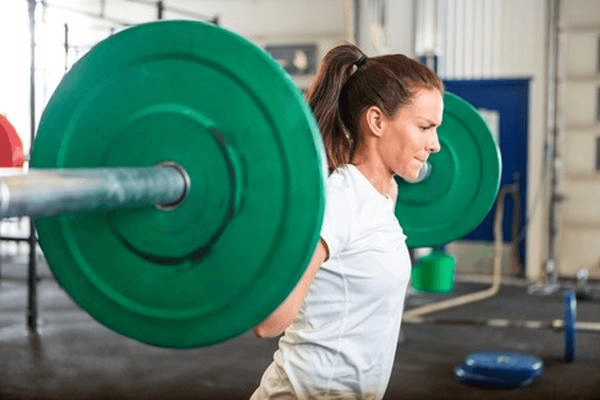 Female bodies have long been marketing fodder for lazy campaigns—and women are sick of it.

The backlash has been swift and searing.

A person upset with the video took still shots from it and posted them on Facebook, stating that it was inappropriate. As of Tuesday afternoon, more than 850 people had offered reviews of Blue Ridge CrossFit, dropping the gym’s rating to 1.5 stars out of five and leaving often blistering comments.

While Tomlo contends the video was shot in a sense of fun and with the women’s consent, at least one woman in the video disputes that.

“To me, it’s disgusting,” said Arden resident Amanda Turlington, who said she’s in the video but did not see it until it was posted to social media on Instagram and a friend alerted her. “Here we have women in a vulnerable position, and what does he do? He takes the opportunity to take video where we’re all inverted and you have no idea what we’re doing, and he takes that when we can’t tell what he’s doing, and then posts that inappropriate video and inappropriate hashtags on the image of our bodies on Instagram for everyone to see.”

To compound the matter, Tomlo’s response to concerns over his Instagram activities was tone-deaf and profane:

The controversy erupted over the weekend, in part because of a profanity-laden response Tomlo posted, chastising those who were offended.

“It has been brought to my attention that some people chose to get butt hurt today and make a public post in this group,” Tomlo wrote, suggesting that if members are upset they should schedule a meeting with him to discuss the matter or “find a place that is a better fit for you.”

The CrossFit national organization has yet to comment publicly on the situation, leaving an open question about its degree of oversight of member locations.

Meanwhile, denizens of social media quickly weighed in on the story. Facebook users suggested Tomlo is severely out of touch with the current social climate:

With colorful language, Twitter users advised everyone to avoid that location—and its owner:

If you know anyone in NC I’d tell them to pass this around and STAY AWAY FROM THIS DOUCHEBAG & his gym. Go to 24HrFitness.

Others remarked how the industry has changed, noting that acceptable marketing practices are completely different from what they were just a few years ago:

In his defense, such edgy marketing tactics worked wonders for the #CrossFit founder. TEN YEARS AGO. Now? Not so much. https://t.co/7eywdZn8Mm

[WEBINAR: Tune in June 29 to to learn what’s new in AP style]

Even if your customers signed a release saying images of them can be used for marketing and promoting your business, you have an obligation to treat images of their bodies with respect.

Turlington said she did sign a release allowing Blue Ridge CrossFit to use images of her working out, but she expected them to be professional and not blatantly sexual in nature, especially not with obviously sexualized comments and inappropriate emoticons on them.

2. Private messages will get published.

After a gym user complained, Tomlo sent her a private message dismissing her from the gym. The PM was later published on Facebook for all to see, undermining any effort Tomlo might have undertaken to contain the crisis.

Organizations should assume that any writing will be published widely, and they should treat any message or letter with the same scrutiny as they would an op-ed running in The New York Times.

3. Make sure your apology is sincere.

Whereas a sincere apology can go a long way toward assuaging public resentment, a bad apology could get dissected and ultimately backfire.

Tomlo’s apology was examined by Marie-Line Germain, an associate professor of human resources and leadership at Western Carolina University Department of Human Services, who found it lacking.

USA Today reported what she had to say:

“His lack of a direct apology speaks volumes,” she said. “Someone who has made an error and a genuine mistake, he would apologize and feel humble and promise not to do it again. Someone who becomes angry, reveals, in a way, that maybe they were questioning their own reasoning about it.”

How would you have handled the CrossFit owner’s crisis, Ragan/PR Daily readers?