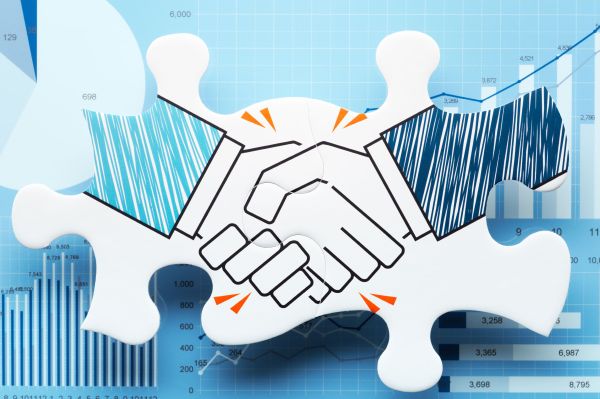 If you’re coming in as a new boss, it can be even tougher.

All corporations have distinct subcultures. It’s up to the new person to adapt, in terms of personality, management approach and—especially—communication.

Here are a few tips to get off to a good start:

Of course, even if you get off to a smooth start, there will be obstacles to overcome—some of which could damage your reputation, credibility, morale and ability to exert influence. The key is to communicate consistently—and confidently—to build trust and increase clarity with your colleagues.

When joining an established team, you’ll be viewed with skepticism until you earn trust. It takes time.

After all, you’re seen as an outsider, because you weren’t groomed or promoted from within. You don’t have shared experiences with the existing team. You haven’t fought in the trenches with your new colleagues. You’re an unknown, unproven entity.

What makes this experience so uncomfortable is the contrast with your previous position. You used to be a key team member. Your colleagues looked up to you. They asked you for advice—both personally and professionally. You were a leader. You socialized with everyone and were invited to every party, lunch and dinner—and out for drinks.

In this new role, however, you’re on the outside looking in—at least at first. It’s natural that you’ll feel excluded.

Why aren’t they including me? I’m the leader; why aren’t they coming to me with problems or solutions? Why wasn’t I invited to the bar after work?

It’s lonely. It’s uncomfortable. Don’t give up, and don’t discount the importance of communicating to build understanding, camaraderie and trust. Those crucial first few months on the job can cement the way you’re perceived, treated and accepted (or not).

It’s tempting to communicate less when you feel threatened or underappreciated. Do the opposite. Communicating consistently is the quickest way to go from outsider to insider.

If your new gig is off to a rough start, or if you feel unwelcome, recognize the situation. Accept the reality of being viewed with skepticism—perhaps even doubted or disliked.

You may be thinking:

I’ve never been treated this way. Is it just my imagination? Is it the team? Is it me? Have I changed? Is it my fault?

Don’t avoid these feelings. Denial doesn’t work. Neither does inaction, repression or avoidance. If you deny the reality, mistrust will persist and fester. Mistrust influences how others interact with you. It also affects your colleagues’ engagement and morale, as well as your own.

Don’t take it personally, though. Again, communication is crucial. If you go into a shell or adopt a tactic of passive-aggressive silence, you’re setting yourself up for failure.

Being the new person isn’t easy

These sorts of new-role growing pains can be a deal breaker—even for seasoned executives. Many simply jump ship or immediately start looking for a new job if they feel disrespected, ignored, left out or underappreciated.

A new job is a trial by fire, and not everyone makes it to the other side. However, if you persevere and communicate your way through the initial painful period, you’ll be a savvier, more influential leader.

Vishal Agarwal is the author of Give to Get.