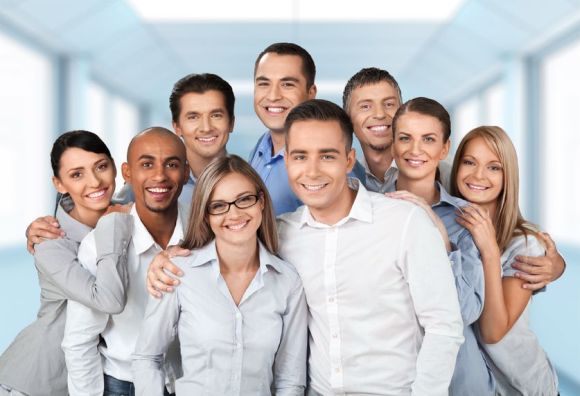 Most employment brands are fake.

That’s because HR and executives approve the messaging, and they rarely know what the employment brand truly is, so communicators end up with stuff like this:

Seems pretty cool, right? It’s inoffensive and inclusive, and it makes us feel good about ourselves and our organization—but for the most part, it’s a big lie.

Corporate messaging is often a reflection of what executives hope and dream for the organization to become, which may or may not represent reality. They’re all in on making it happen, but it doesn’t make it true.

Who wants to work for an organization that puts up a commercial of some manager unable to communicate what needs to be done, and Bobby down in accounting carping that he only got a 14-pound turkey from the company this year? No one.

However, that’s your organization. Organizations are like families. You have some folks in your family you don’t want the rest of the world to see, but they are still part of the gang.

Organizations aren’t obligated to show off every Cousin Eddie or dysfunctional attribute, but the best companies convey reality in a truthful manner. Authenticity trumps projecting an image or ethos that your workers know is laughably false.

Promoting a patently phony version of your culture is not without consequence. Your workers know the truth, and many would be happy to spill the beans on Glassdoor.

Sleight of hand might help get people in the door, but you’re shooting your retention, morale and employee engagement in the foot. Rather than conducting a sort of communications scam, luring people in under false pretenses, companies are better off aiming for authenticity.

That should be a priority for all internal communicators.

A version of this post first appeared on Tim Sackett’s blog.