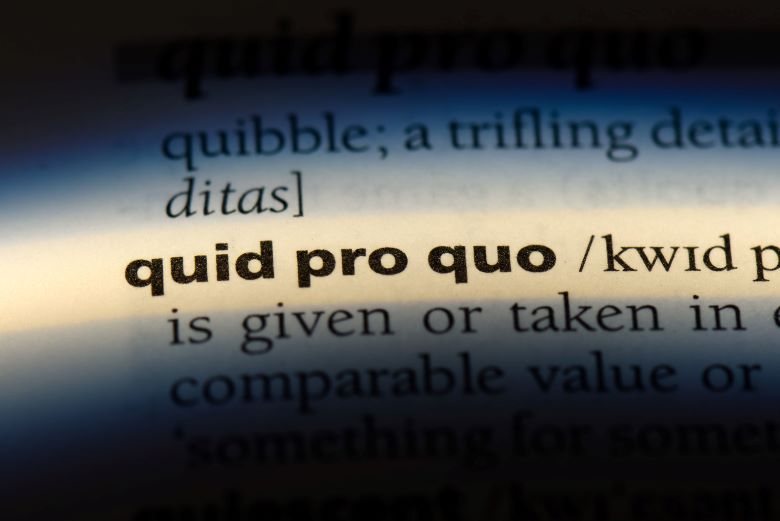 The phrase at the heart of the current impeachment process, quid pro quo, is unaltered Latin, but several words less obviously Latin have been sharing the spotlight.

Their etymologies are interesting.

Castigate. More than one person involved in the hearings has been reported as “castigating” someone or other. The verb castigate comes from Latin castigare, “to chastise, correct, reprove.” The Latin verb derives from the Latin adjective castus, “pure.” The original idea is that the person doing the castigating is attempting to “purify” the person seen as acting improperly. Castigate is related to chastise. Both refer to an authoritative attempt to improve the behavior of someone.

Corruption. In the context of the hearings, corruption applies to dishonest dealings in government. The word derives from a Latin verb meaning “to destroy.” Corruption in a physical sense is the breakdown of something solid into another state, as in the decay of a corpse. In the figurative sense of corrupting a government, it refers to influence by a bribe or other wrong motive.